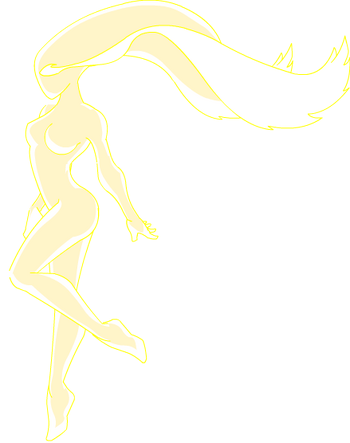 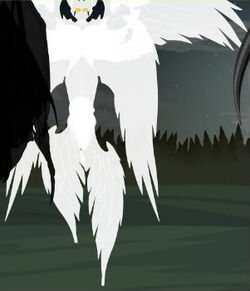 Celeritas is the avatar of the Light Lord who represents the elemental force of light, one of the eight that took part in creating the universe which Mysterious Stranger describes as tainting the 'perfect' void that existed previously. As an Elemental Avatar, Celeritas is a member of The Firmament and responsible for the creation of the Light Orb.

Powers and Abilities: Superhuman Physical Characteristics, Flight, Magic, Light Manipulation, Teleportation, Portal Creation, Weather Manipulation, Self-Sustenance (Types 1, 2, and 3), Inorganic Physiology, Size Manipulation, Immortality (Types 1, 8, and 9). Likely Life Manipulation (Possesses the abilities of the Light Orb which Sek Duat XV used to sustain his life for over 1500 years). Resistance to Death Manipulation (Likely possesses a similar nature to the Champion of Light which ignores the effects of the "death" of Death) | All previous minus Immortality (Type 9). Pocket Reality Manipulation, Matter Manipulation and Creation with the Engine of Creation, Reality Warping (A full manifestation of the Elemental Lords would destroy the boundaries between the elements and unravel reality), Abstract Existence (Type 1. Elemental magic and the existences of each corresponding element are manifestations of the Elemental Lords themselves), Possession (Each Elemental Lord utilizes a "communicant" which is essentially a vessel for the purpose of manifesting a physical form), Sealing, possibly many more.

Retrieved from "https://vsbattles.fandom.com/wiki/Celeritas?oldid=5385940"
Community content is available under CC-BY-SA unless otherwise noted.