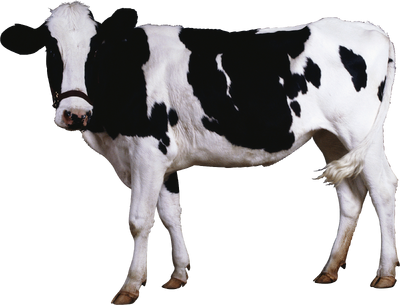 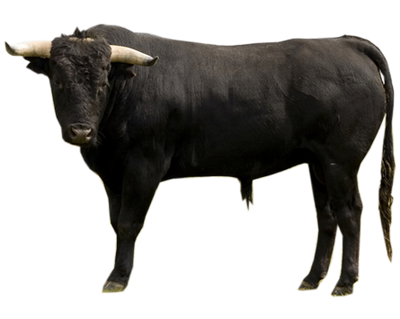 The Cow is a domesticated ungulate and a popular species used as livestock. The docile and castrated male version of the species is called an Ox, and is usually trained as a draft animal. A Bull is the non-castrated version of an Ox, used for bullfighting. It is primarily herbivorous, but has been known to eat small animals.

Attack Potency: Street level (Some cows have been recorded to kill or injure humans; Polled cows were able to deal with a black bear), Wall level via charging (Their weight and speed should generate this much energy while running). Higher via piercing damage (Can easily dent cars at top speed) | Wall level (Can easily gore and disembowel horses and humans, and send them flying in the air. A bull made an adult male lion flee), higher via piercing damage (Can easily damage cars, wooden establishments and dry stone walls)

Speed: Peak Human (Can run up to 40km/h) | Peak Human to Superhuman (Domestic Water Buffalo can run at 48 km/h or 13 m/s on average and they are closely related. A herd of Spanish Fighting Bulls can cover 848 meters in 2 minutes, making 7 m/s their average speed, but when they first come out, their speed is higher, at 11 m/s. )

Lifting Strength: At least Class 1 (Can easily handle their average body weight of over 700 kg) | Class 5 (Have been used many times in history to tow and carry massive objects. Can wrestle with other bulls, who can weigh in excess of 1300 kg. Spanish Fighting Bulls have been consistently shown to be strong enough to lift , shake  and flip small vehicles like cars  and even trailers. A 550 kg Spanish Fighting Bull running at 10 km/h has also been calculated to produce over 4 tons of force and the pressure of its sharp horns stands at 5517 kg/cm2 or 78470 psi, comparable to an artillery cannon and slightly superior to the tensile strength of steel. )

Durability: Wall level (Generally fine after being hit by a car) | Wall level (Very robust and thick bodies. Can survive colliding with each other headfirst at top speed. Can also survive collisions with cars.)

Standard Equipment: A pair of horns.

Intelligence: They have very long lasting memories and are capable of distinguishing from each other and complex social interaction, otherwise somewhat low compared to humans

Weaknesses: Susceptible to various diseases such as Bovine Tuberculosis, Corridor Disease, and Foot and Mouth Disease, Sometimes have a hard time fending off predators alone, somewhat poor eyesight and hearing. | The rest as the previous minus vulnerability to predators

Wild Boar (The Real World) Wild Boar's Profile (This is female Cattle vs a female Central European Boar. Battle takes place in a cattle grazing land; both are 7.5 meters apart at the start)