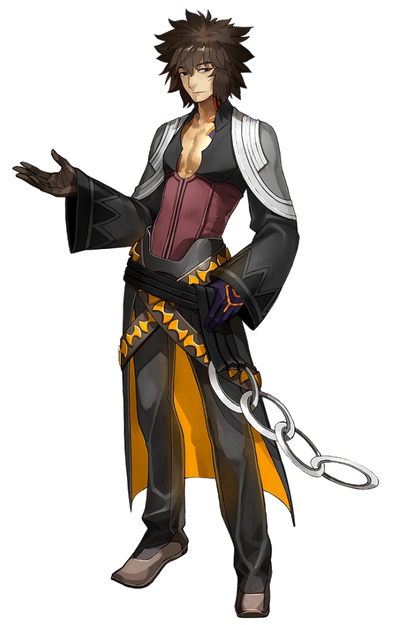 Caster is a Masterless Caster-class Servant granted with control over the security of the SE.RA.PH in the Moon Cell Holy Grail War. He is an independent Servant in the conflict of Fate/Extella.

Caster's True Name is Archimedes, a Greek mathematician, physicist, engineer, inventor, and astronomer. He is a "celebrated genius in human history" who made numerous breakthroughs in a variety of fields, including the principle that bears his name.

Age: Around 75 at the time of his death

Speed: Massively Hypersonic reactions via power-scaling (Can compete with most other Servants in combat, including those with A-Rank Speed), Lightspeed attack speed with Katoptron Katho Phlegon (Reflects and concentrates sunlight into a beam of energy)

Striking Strength: Wall Class (Even the weakest Servants can crack human skulls with their finger tips)

Standard Equipment: His various inventions, called the "Chronicles of the Massacre"

Intelligence: Archimedes was among the most prominent intellectuals of his time. A revolutionary mind in the fields of mathematics, physics, engineering, astronomy, and hydrostatics, he is able to act impartially and entirely on logic to make the best possible tactical decisions with the information he has on hand. After being infected by the Velber, he became coldly manipulative, turning the three factions of Extella's conflict against each other for his own ends and only failing to achieve his goals once the similarly perceptive Altera catches onto his plans. This took many battles though, and he is able to hold his own against swarms of Effigies and take on other Servants in direct combat through his inventions.

Weaknesses: Cannot fight in Spirit Form. He is somewhat arrogant and a perfectionist, His Velber infection is eroding away at his sanity.