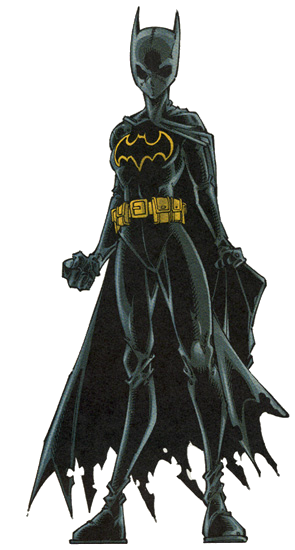 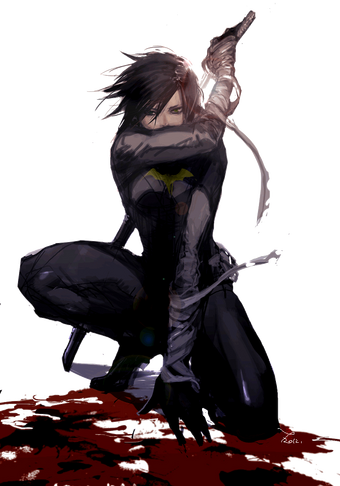 Cassandra Cain was a covert operative employed by Batman. She revealed herself to the rest of the Bat-family when they encountered the threat of the mysterious Mother.

Attack Potency: Building level (Even while holding back, she is superior to Lady Shiva, and can one-shot her with a broken arm, and also superior to Deathstroke. Deathstroke stated that the only ways to defeat Cassandra are at a distance, or by getting in her head, and the only way Lady Shiva ever defeated Cassandra is when she let her win), Unknown with equipment

Speed: Subsonic movement speed. At least Massively Hypersonic combat speed and reactions (While holding back, she has been portrayed as far swifter than Batman, Nightwing and Tim Drake. When not holding back, Batman was unable to register her movements. Dodged attacks from a weakened Supergirl)

Durability: Building level (Played "two for flinching" with bullets as a child, took blows from low-level metahumans and was merely winded. Can take hits from Lady Shiva)

Stamina: Very High (Considers smashing dozens of mannequins to be a morning routine. Was capable of watching a projection for a day or two with no food or sleep)

Intelligence: Genius in combat. Gifted otherwise (One of the most proficient martial artists in the entire DC Universe, easily overwhelming the likes of Batman, Nightwing, and the Red Hood in her earliest appearances. Having been taught by her mother Lady Shiva, she was able to kill a man with a single strike through the skull at the age of eight, and eventually matched and defeated Shiva in a later bout despite the latter's legendary mastery of martial arts. Also, being forced to read body language instead of being taught to read and write at an early age has given her incredible reaction speed and the ability to coordinate her attacks seamlessly and without wasted movements. She was able to find out that Bruce Wayne was Batman on her own.)

Weaknesses: Body language reading is less effective against someone unpredictable and insane such as the Joker. Refuses to kill under any circumstance, and will actively pull punches to avoid doing so. Inexperienced with superhuman opponents, and tends to struggle with them due to being unable to judge their strength. Dyslexic to the point of being functionally illiterate, often limited in speech. Tends to neglect her gear in favor of using her martial arts to solve problems.