Carmilla is a recurring character from Konami's Castlevania franchise, being an enemy in many of the games, and the primary antagonist of Castlevania: Circle of the Moon. She is a Vampire Lady and a devoted worshiper of Chaos and follower of the Dark Lord Dracula, and desires to transform the world into a state of constant bloodshed and devastation, which she believes is humanity's true nature.

She is incredibly beautiful and alluring, though said beauty hides her perverse and sadistic persona. Being both lascivious and psychotic, Carmilla views humans as cattle for her pleasure, and enjoys making them suffer. Notably, it was she who began the Witch Hunts across Europe, seemingly on a whim, by corrupting the hearts and minds of mankind. Carmilla is often seen alongside her mindless servant, the once-human Laura, who she seduced and transformed into a feline demoness.

Attack Potency: At least Multi-Solar System level (Should be comparable to other powerful vampires, such as Brauner. Fought against Nathan Graves near the ending of Circle of the Moon) 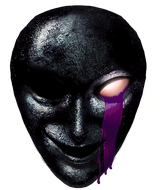