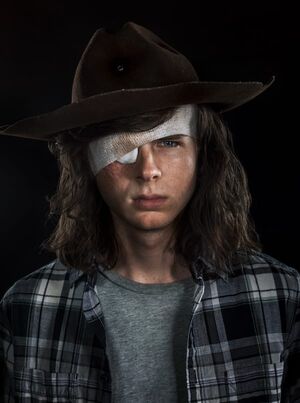 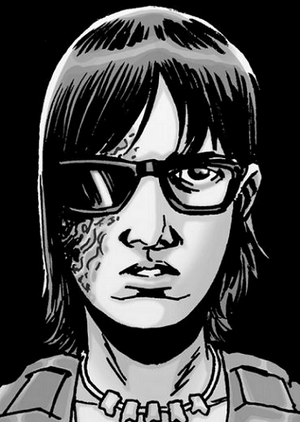 Carl Grimes is the deuteragonist and a survivor of the outbreak in AMC's The Walking Dead. He is the son of Rick and Lori Grimes. During the initial outbreak, Carl believed his father to be dead, so he and his mother joined Shane Walsh to travel to Atlanta to the refugee camp. As time progresses, Carl slowly becomes hardened due to the severe loss of life and the environment around him, and he has shown to be more than willing to assist and protect the people he cares about. After reaching Alexandria Safe-Zone he forms a friendship, and eventual relationship, with a survivor, Enid.

Intelligence: High. Despite Carl being young, he is not hesitant to call out his seniors when he believes that they are doing something illogical.

Retrieved from "https://vsbattles.fandom.com/wiki/Carl_Grimes?oldid=5885888"
Community content is available under CC-BY-SA unless otherwise noted.