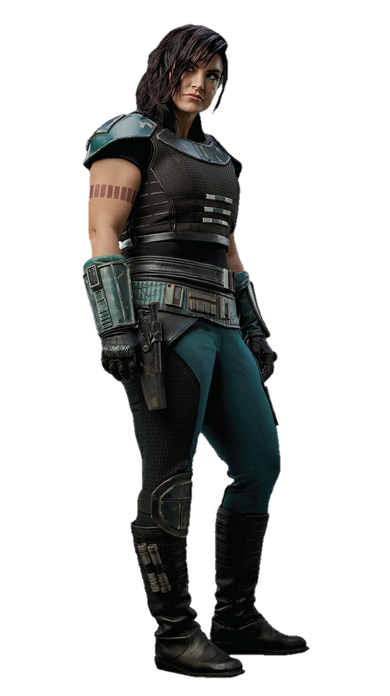 Cara Dune was a shock trooper for the Rebel Alliance who later hunted down imperial agents after the galactic civil war, but as the New Republic stabilized, her job shifted more to peace-keeping missions she did not join to perform, so she retired to the planet Sorgan. She meets a mysterious Mandalorian warrior who had come to the planet to hide, but after battling each other at first, they clear up their misunderstandings to help a village fight back against Klatoonian pillagers.

Attack Potency: Small Building level (Fought The Mandalorian in physical close quarters combat, and overpowered him at some points)

Intelligence: Above average. Helped train a town of inexperienced farmers into a force of capable weapon users who could fight off the Klatoonian raiders, including the planning of a trap that took down their AT-ST.

Retrieved from "https://vsbattles.fandom.com/wiki/Cara_Dune?oldid=5652569"
Community content is available under CC-BY-SA unless otherwise noted.