Captain Underpants is a children's novel series centering around the misadventures of elementary schoolers George and Harold. The two are notorious for their constant pranks and the comics they write for their made up superhero "Captain Underpants." One day as a prank they hypnotize the school's abusive principal Mr. Krupp into believing he's Captain Underpants. Trouble ensues now as the boys have to look after Krupp who tries to fight crime thinking that he's a superhero. Then things only get worse when he accidentally gains superpowers, fully bringing Captain Underpants to life.

Captain Underpants is surprisingly a very powerful series. With characters that are several times faster than light, people with planet busting statements and Super Diaper Baby having a Large Planet level feat. The verse's overall power gets drastically increased with the introduction of a bomb capable of Universe level+ explosions. 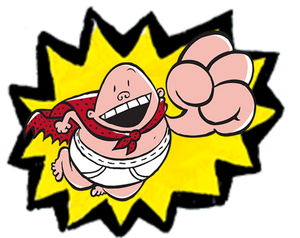 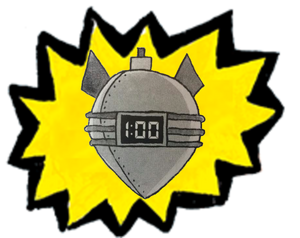 Retrieved from "https://vsbattles.fandom.com/wiki/Captain_Underpants_(Series)?oldid=7003879"
Community content is available under CC-BY-SA unless otherwise noted.