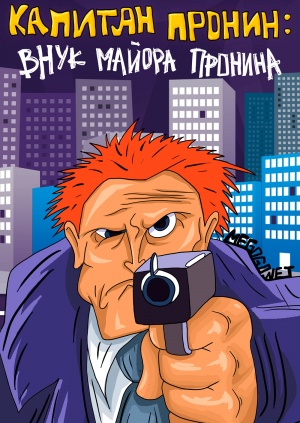 Captain Pronin (Капитан Пронин, Kapitan Pronin) is a Russian animated cartoon parody series created by Mikhail Zaitsev. The series consists of four short animated films produced at T/O Ekran between 1992 and 1994, then expanded into a book series and a video game. Its story revolves around the eponymous protagonist, the grandson of Major Pronin, and his adventures which parody various film clichés.

Captain Pronin appears to be highly skilled with firearms, swordsmanship and hand-to-hand combat. His superhuman reflexes allow him to dodge high-speed projectiles like bullets, while his body is able to withstand the vacuum of space by using only a gas mask for breathing. The verse also has two robots that are much superior to a regular person in terms of strength, and an alien that is able to use electrical attacks from his palms. 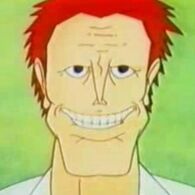 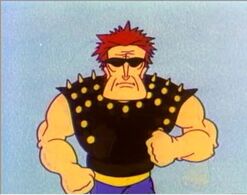 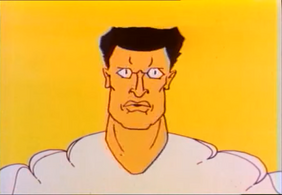 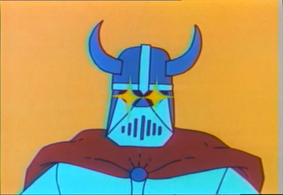 The Commander
Add a photo to this gallery