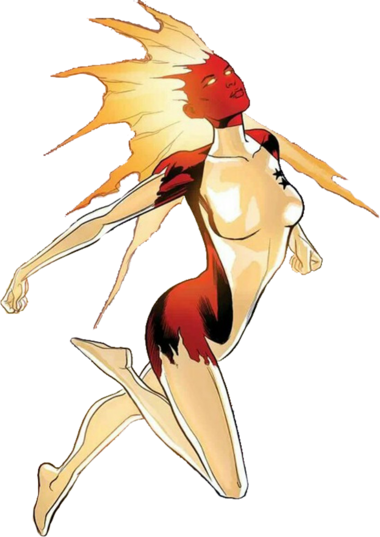 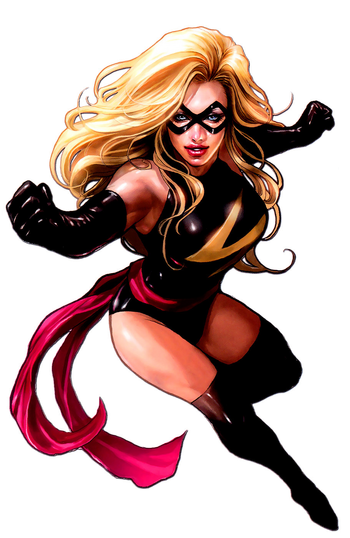 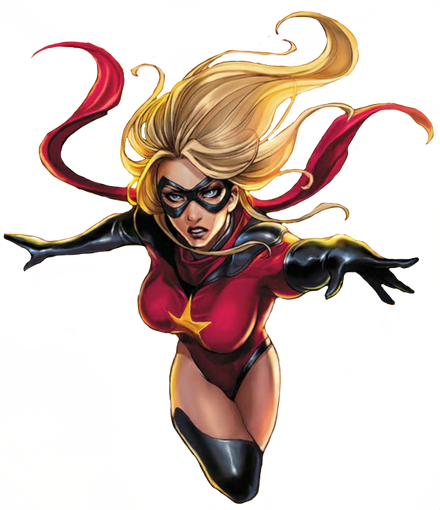 Carol Danvers was born to a human father and a Kree mother. She entered the air force at the age of 18, both due to her love of planes and her father's inability/unwillingness to send her to college. Eventually she would be placed on testing experimental air crafts for the air force, and working for Air Force Special Operations. Her career would shift again when she worked NASA as the Chief of State. During this tenure is when she met the original Captain Marvel. Due Psyche-Magnitron her and Mar-Vell's DNA were mixed granting her powers, as she flew across Earth helping those in need as Ms. Marvel. Over time she would play a major role in the X-Men, Avengers and Alpha Flight, and after the death of Mar-Vell, she carried the torch as the new Captain Marvel

Attack Potency: Multi-Continent level (Almost comparable to Iron Man) | Solar System level (One-shot Valkyrie, who has withstood blows from She-Hulk. Traded blows with a bloodlusted Wonder Man. Comparable to both Iron Man’s Hulkbuster armor and Model Prime armor) | Solar System level (Much stronger than in her base form. One-shot Proxima Midnight, who traded blows with Unworthy Thor, and flew through the Collective, who withstood a blow from The Sentry)

Speed: At least Sub-Relativistic+ (Should scale from Rogue with Carol's original powers absorbed, who flew from the Moon to Earth at roughly 0.065c, was also stated by War Machine to be swifter than Iron Man) | At least Sub-Relativistic+ (Should be faster than before), likely Massively FTL+ (Dodged attacks that hit Thor and Iron Man and has been shown to fly at similar speeds to them) | Massively FTL+ (Swifter than her base form)

Intelligence: At least Gifted. She is an experienced spy having worked various undercover operations for NASA. She's also an expert combatant, being trained in armed and unarmed combat through Military Combatives, and can access Kree Sciences programmed within her generic code