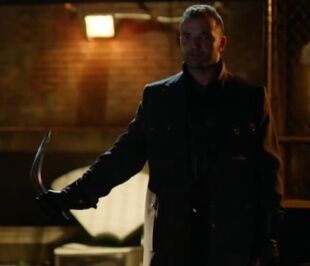 Digger Harkness, nicknamed Captain Boomerang by Cisco Ramon, is a boomerang-wielding mercenary and a member of the Suicide Squad.

Age: Likely in his late 30s

Attack Potency: Wall level (Was able to hurt Roy Harper and The Green Arrow with his punches)

Retrieved from "https://vsbattles.fandom.com/wiki/Captain_Boomerang_(CW)?oldid=6027503"
Community content is available under CC-BY-SA unless otherwise noted.