VS Battles Wiki
Register
Don't have an account?
Sign In
Advertisement
in: Characters, Marvel Cinematic Universe, Super Soldiers,
and 40 more 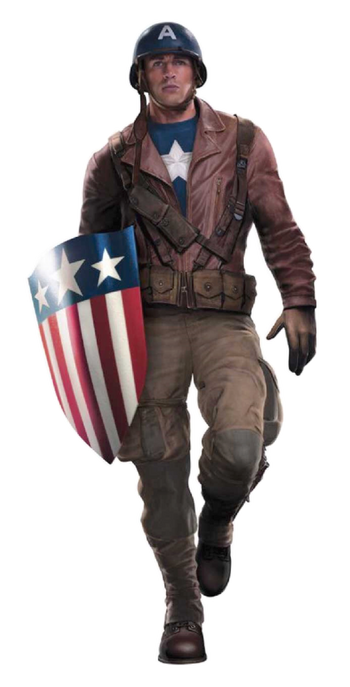 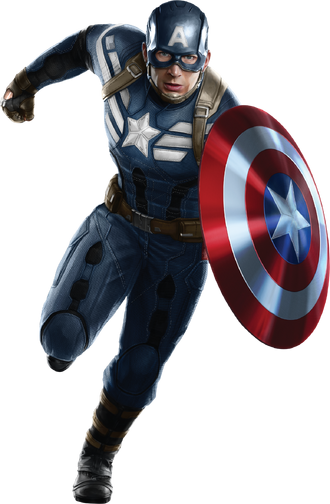 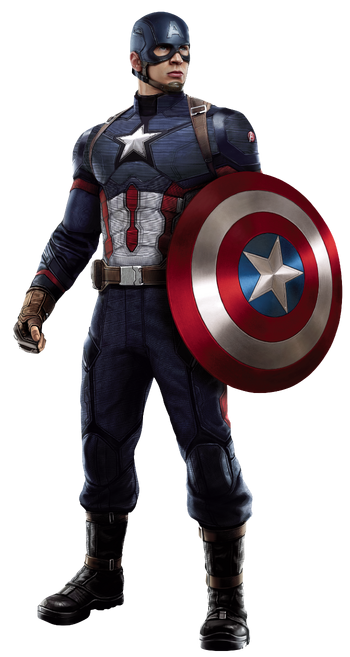 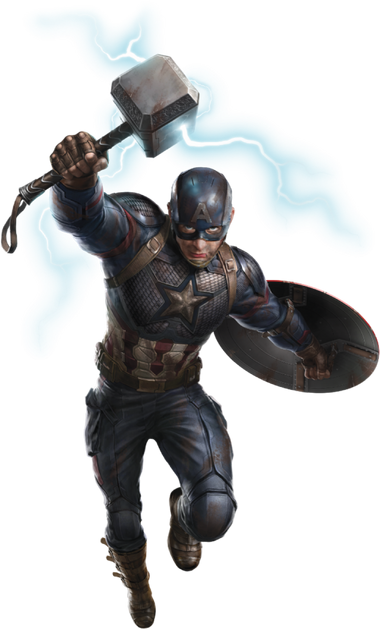 Captain Steven Grant "Steve" Rogers is a World War II veteran, a founding member of the Avengers, and Earth's first super soldier. Rogers had suffered from numerous health problems, and upon America's entry into World War II, was rejected from the service within the United States Army despite several attempts to enlist. Rogers was the only recipient of the Super Soldier Serum developed by Abraham Erskine under the Strategic Scientific Reserve. Determined to serve, Rogers ultimately volunteered for the Project Rebirth, which enhanced the frail Rogers' body to the peak of human physicality. Mistrusted by Chester Phillips, the head of the SSR, Rogers was relegated to propaganda campaigns, and was given the new moniker of Captain America. Rogers later joined the war with a combat role after he single-handedly liberated captured Allied prisoners of war.

During his final mission, Rogers crashed into the Arctic. Rogers then spent sixty-six years encased into ice in suspended animation before Rogers was eventually found by S.H.I.E.L.D. in the early 21st century.

When he awoke, Rogers had found himself alone in a modern world that he hardly recognized with no idea what to do with his life. Following Loki having stolen the Tesseract from S.H.I.E.L.D. and declaring war on humanity, Nick Fury enlisted Rogers' help in retrieving what he had once known as HYDRA's weapon, and also foiling Loki's plans. Joining the Avengers, Rogers played one of the key roles in the Battle of New York, successfully stopping the Chitauri Invasion of Earth, capturing Loki, and reacquiring the Tesseract while finding his place within this new world.

Having grown old after living out his life by travelling to the past, Rogers paid a visit to Wilson in 2023, entrusting him with his shield and choosing him as his successor. Rogers was thought to be dead to the world and was remembered in memory for his heroic and honorable duties.

Superhuman Physical Characteristics, Enhanced Senses (Can read lips and hear whispers. Noticed a drop of sweat on a man's forehead several feet away), Photographic Memory (Memorised all the locations of HYDRA bases across Europe with just a quick glance at their map), Master Hand-to-Hand Combatant, Weapon Mastery (Has used various weapons in his life, ranging from spears, shields, guns and most recently, Thor's Mjolnir and Stormbreaker), Regeneration (Mid-Low. Regenerated from being shot in the abdomen by a Chitauri gun in several minutes), Expert Acrobat and Parkourer, Longevity, Stealth Mastery, Vehicular Mastery, Attack Reflection (With Vibranium Shield), Immense Pain Tolerance (Wasn't bothered by a Chitauri shot to the abdomen) Resistance to Diseases, Extreme Temperatures (Thanks to the serum, he managed to survive being unconscious in the ice for nearly seven decades), Low Oxygen Environments (Can survive in air thin enough for ordinary humans to pass out), Alcohol and Drugs

Attack Potency: Building level (Can harm Black Panther, who could tank blasts capable of destroying tanks without his suit. Nearly comparable to Iron Man and Ultron. Defeated Spider-Man, and could have easily beaten him if he wanted to according to Iron Man. Fought against Red Skull, who can draw blood from him. Harmed Winter Soldier. Superior to Centipede soldiers who can blast open shipping containers. Can break reinforced glass with no trouble. Destroyed a jeep by throwing a bike at it. Harmed his past version, though he was eventually overpowered he was likely holding back. Destroyed part of a highway pillar by throwing Ultron into it. Can easily shatter Ultron Sentries). At least City Block level with Vibranium Shield (Can severely damage Mark 46 Iron Man's arc reactor. Damaged Winter Soldier's Bionic Arm. Cracked Ultron Prime's torso) | Large Mountain level+ (Fought against Thanos and drew blood from him), Island level with shield and Mjolnir (Knocked Thanos off-balance)

Lifting Strength: Class 100 (Stronger than Deathlok, who pushed a bulldozer across a soccer field. Can rip the head off Ultron Sentries. Matched Spider-Man despite his disadvantage of position. Threw a bike several metres away. Lifted a large metal supporting beam. Kicked a pickup truck several yards with enough force to send an enemy soldier flying away upon impact. Bent a metal bar. Wrestled with Mark 46 Iron Man and eventually overpowered him. Ripped apart a wooden pile. Superior to Centipede soldiers who can push a shipping container several metres away with one hand) | At least Class T (Put Thanos in a headlock)

Durability: Building level (Can no-sell terminal velocity dives into water from over thousands of feet. Can also withstand hits from the Winter Soldier's bionic arm. Can take physical hits and repulsor blasts from Mark 46 Iron Man. Survived a fall from the Triskelion. Survived being sent flying through a bus after being hit by a grenade launcher. Withstood repulsor blasts from Ultron Prime which can easily melt metal. Survived a fall from a Project Insight helicarrier into the Potomac's waters. Withstood a grenade and a subsequent fall from the building. Regularly no-sells high falls from buildings and whatnot with minimal discomfort. Withstood Thanos's missiles that destroyed the Avengers compound. Got kicked through a thick stone block by Thanos. Comparable to Spider-Man, who got hit by a train). At most Island level with Vibranium Shield (Endured multiple attacks from Thanos, who could only destroy half of the shield with his helicopter blade after multiple strikes) | Large Mountain level+ (Withstood multiple serious punches and attacks from Thanos)

Stamina: Very high (Able to fight for extended periods of time without getting tired. Can keep fighting even after being seriously injured and may not even bother about it. Can survive in thinner air)

Intelligence: Above average. Excellent tactician and possesses an excellent memory. Can mentally calculate the right angle for his shield to return to himself in fights

Key: Base | With Mjolnir

Note: Captain America tanking a punch by Quicksilver in dilated time is considered an outlier.

Katsuki Bakugou (My Hero Academia) Bakugou's Profile (Rise of Villains Bakugou and Base Captain America were used. Speed was equalized)