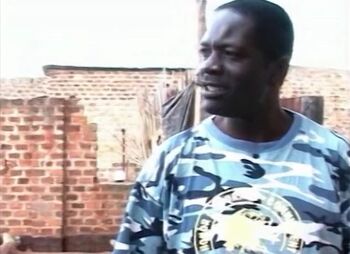 Captain Alex is sent out to destroy the evil Richard and his Tiger Mafia, a crime organization that controls the city of Kampala from the shadows. After Captain Alex captures Richard's brother during a commando mission in Wakaliga, losing countless men in the process, Richard sets out for revenge. He sends a female spy to the military camp and seduces Captain Alex for the Tiger Mafia to capture him. Later that night, Alex is mysteriously murdered by an unknown man.

His brother, whose name is never mentioned but fans and VJ Emmie call him Bruce U, sets out for revenge.

Powers and Abilities: Weapon Mastery, Martial Arts (Should know Kung Fu, due to everyone in the same military as Captain Alex's knowledge of Kung Fu)

Attack Potency: Athlete level (Overpowered a person who was wielding a glass bottle), Street level with firearms (Implied by VJ Emmie to be the only person who could stop the Tiger Mafia forever, who he scales to or likely scales above them)

Stamina: Fairly high, due to being a highly trained ugandan military soldier

Intelligence: Above Average. Is a highly skilled soldier who is implied to be the best soldier in Uganda, which would make him far more powerful than the Tiger Mafia along with his own army, which he's the leader of. He was also sent by the president to kill the Tiger Mafia due to his skills.

Tom Watchowski (Sonic the Hedgehog) Tom's Profile (Both were 9-C, speed was equalised, and Tom's rings were restricted. The fight took place in a bar)