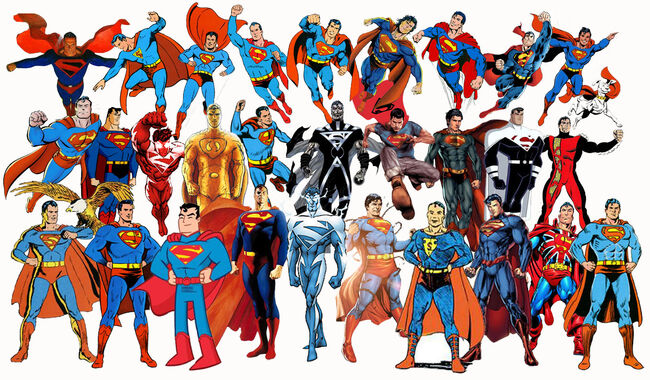 Canon is a term used to designate works that are generally accepted as the genuine work that apply to the fictional verse. With few possible exceptions only canon material is featured in the character pages, with non-canon material to be ignored.

The generally agreed-upon definition is that the work by the original author and creator of the fictional setting is canonical, unless the author or the copyright holder declares otherwise. Few other exceptions are also possible and should be noted on the verse page.

The primary canon is the source material first released (with few possible exceptions), with the other author works being secondary canon.

When different source materials give different versions of the same feat, and by that they contradict each other in the depiction of the feat, the primary canon takes precedence over the secondary canon.

If the feat is correctly depicted over multiple canons any of these can be used to judge the feat. Should different results be reached by judging the feat through multiple canons, the result of the primary canon will have priority.

So for most manga series, that means the original manga is canonical, while the anime is not (since the anime is simply an adaptation of the manga made by others). Databooks are considered secondary canon since scans tend to contradict them. It should be noted that this is often evaluated on a case-by-case basis.

In addition a tertiary canon will be allowed. The tertiary canon consists of official adaptations not overseen by the author, which do not modify or contradict source material. When other source materials give different versions of the same feat, and by that contradict the tertiary canon in the depiction of the feat, the others take precedence. And here as well, if the feat is correctly depicted over multiple canons any of these can be used to judge the feat. Should by judging the feat through primary or secondary canon a different result be reached than for tertiary canon the result of primary or secondary canon will have priority.

Certain franchises, and/or characters, due to their long running statuses and great popularity, often coupled with dozens if not hundreds of writers over the decades, find themselves containing numerous versions of their characters considered "canonical", most of which display vastly different levels of power.

The most extreme examples of this are Marvel Comics and DC Comics, that not only contain hundreds of comicbook versions of their characters, due to their multiverses, but also have numerous adaptations in movies, live-action television series, animation, and video games.

However, problem can arise from this: If one were to allow all alternate and/or non-canon versions of said characters, we would eventually be crowded with dozens of alternate profiles for the same characters. As such, certain limitations must be placed:

1) Certain franchises feature several characters that are considered as equally valid "official" versions of the character. These types of profiles can generally be created without any problems.

Ex: The Golden Age, Silver Age, and Post-Crisis versions of Superman, and the different incarnations of Link from The Legend of Zelda.

2) Alternative Canon/Non-Canonical profiles for Marvel and DC Comics can only be created if the version in question proves relevant/notable enough, through popularity and/or number of issues present.

Ex: Superman from the Kingdom Come storyline, and All-Star Superman are relevant enough to warrant profiles, and have displayed enough feats and information for reasonably accurate statistics. Meanwhile, characters from Marvel's alternative "What If?" timelines are generally far too limited in relevance, appearances, and feats to be featured.

3) Should said alternative versions originate within the main continuity, they would also be considered primary canon, and allowed, if notable enough.

Ex: Thought Robot/Cosmic Armor Superman, the DC One Million characters, and the Earth-3 Crime Syndicate of America all originate within mainstream comics, and feature interactions with the primary DC Characters. Similarly, the Marvel Ultimate Universe was a prominent comicbook line for a considerable time, and the two continuities have recently merged into one, so profiles from said verse are also allowed, as long as proper feats and scaling can be found for the statistics.

4) Franchises which contain non-canonical spin-offs/movies/videogames, et cetera, each with their own continuities and feats, yet not to the extent that Marvel and DC Comics do, should only be allowed profiles for notable original characters from said spin-offs, and not alternate versions of canonical characters, unless they are very prominent and notable.

Ex: Main villains from non-canonical movies of Dragon Ball, Sailor Moon, One Piece and the like can be allowed profiles, yet most versions of Son Goku contained in games such as Shin Budokai should not, as the only difference they hold from Canon Goku lies in their extent of power. However, given the prominence and popularity of Dragon Ball GT, alternative versions of Goku and Vegeta from this continuity have been allowed. If the alternate non-canonical version of a character is notable enough in the sense of having their own feats, and a different role and purpose, then it is possible that profiles for them can be created.

5) Certain franchises also contain a variety of spin-offs and alternate continuities, yet justify their existence due to in-series Multiverses. In such cases, Rule Number 3 still applies, albeit to a lesser scale. Original characters from said works are all allowed, yet alternate versions of original canon characters should not be abused.

Ex: Both the Puella Magi Madoka Magica and the Saint Seiya Franchises explain all of their Spin-Off mangas as alternate timelines, and profiles for characters originating from said works are allowed.

The key issue overall is notability/relevance. If a spin-off version of a character is very popular, prominent, and distinctive from the original, with a sufficient number of feats or descriptions to scale from, it can generally be featured.

However, if it is obscure, does not have enough of a distinctive story to even qualify as a separate character (such as if it originates within a fighting game), and very limited information to scale the statistics from, it should likely not be featured.