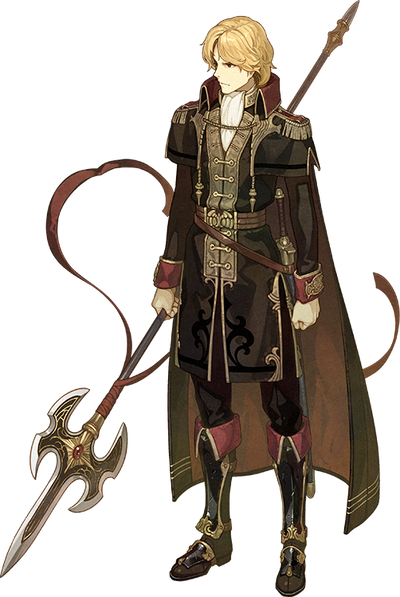 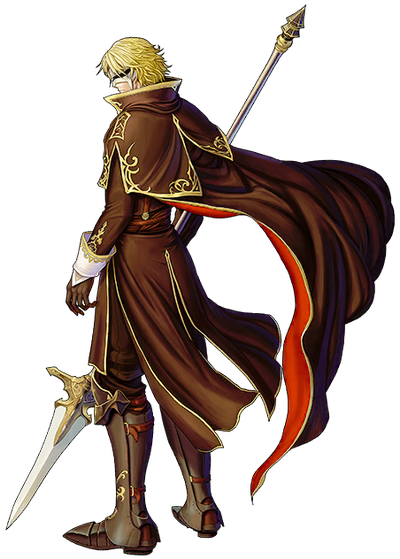 Camus is a recurring character in the Fire Emblem franchise and has created the archetype for several other characters throughout the series, he has an undying loyalty to his country, which forces him to fight for the wrong side even when he knows the actions he is making are wrong, as Camus, he believed that a knight must be loyal to his country until the very end, he was then presumably killed in his battle with Marth, but ended up washed on the shore of Valentia, another continent, without his memories, he is then given the name "Ezekiel", but goes by "Zeke", he is then forced by Nuibaba to work for Jerome, as she is keeping the woman who healed him, his lover Tatiana, captive, when Alm and his party arrive where Zeke is stationed after freeing Tatiana, he orders his soldiers to attack Jerome, later, after the events in Valentia, he regains his memories and goes back to Archanea, and fights alongside his former enemy, Marth, after being convinced to join when Ogma the is trying to save the Grustian royal family's children, he then leaves for Valentia after his work in Archanea is done

Striking Strength: Town Class (Is equal to Marth in base)

Durability: Town level (Survived his battle with Marth, survived being washed away from Archanea to Valentia while still "grievously wounded" from his battle against Marth and made a full recovery, can take hits from Alm or Jerome, fought alongside Marth in the War of Heroes and took hits capable of damaging Marth)

Stamina: Superhuman (Is only fatigued after battling for long periods of time)

Intelligence: High (Even with no memory, he was capable of quickly rising through the ranks of the Rigelian army and was capable of battling Alm, who was trained by Mycen in combat)

Camus in Fire Emblem Heroes.
Add a photo to this gallery