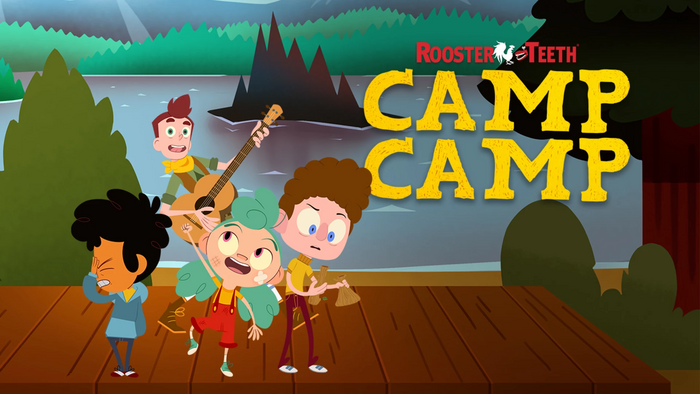 Camp Camp is an animated comedy show created by Rooster Teeth. The series stars Max and his friends going on goofy adventures while staying in Camp Campbell. Originally the show focused on escaping the camp, but now focuses on the problems around the camp: Some being spies, others being financial, but all being odd.

The verse is fairly low in terms of power and hax. However, almost everyone is superhuman to some degree, usually Wall Level, although never going above Tier 9. The series is fairly grounded in reality and usually never showing any outlandish abilities besides a few exceptions.

David's Durability. Scales to to virtually everyone other than the Flower Scouts. Wall level

Max's Lifting Strength. Scales to everyone. Above Average Human

The Quartermaster's Durability. Scales to no one except possibly Eyepatch Squirrel in Mega-Squirrel form. Small Building Level