Camilla Hui Guo Rou (カミーラ゠ホイコーロ, Kamīra Hoikōro) is the Second Prince of the Kakin Empire and the daughter of her father's second wife, Queen Duazul. She is the eldest female among the 14 siblings. Camilla is a sadistic character who has no qualms about killing her siblings in the succession war. The Fifth Prince, Tubeppa, analysed her character and said the root was "Greed". She expects everyone to follow her orders without resistance no matter the order, even ordering her mother to kill her brother Benjamin.

Limited Nen Manipulation (Her Hatsu is counteractive and she can at least use Ten, Ren and Zetsu), Expert Markswoman (Camilla is skilled with firearms, being able to land two head-shots in quick succession), Summoning (After her death she summons a large cat-like Nen beast), Life Manipulation and Absorption (The moment Camilla is killed, a Nen beast appears behind the killer, and squishes them in its paws. It drains their life force and transfers the life energy to its tail, and administers it to Camilla, healing all of her injuries and resurrecting her, the body completely disappears. It is implied to be able to work against a group of people), Durability Negation, Resurrection (Once finished absorbing the victim the Nen Beast brings Camilla back to life), Healing (At least Low-Mid; she is visibly rid of any external injuries when she is resurrected), High Pain Tolerance (When her arm was broken she showed no pain except from profusely sweating on her forehead; though this may be due to her plan backfiring against Benjamin)

Superhuman Physical Characteristics, Nen Manipulation (Manipulator), Invisibility (All Guardian Spirit Beasts are invisible to the host and any non-Nen users), Non-Corporeal, Intangibility and Mind Manipulation (The spirit is stated to be a coercive-type ability that takes complete control of a target once certain conditions are met)

Attack Potency: Human level, likely higher (Although a Nen user she hasn't shown any physical ability beyond that of a regular human, she was easily restrained by one of Benjamin's specialist officers, however it is possible with Nen to enhance physicality. Cat's Name ignores durability)

Stamina: Quite high (She can take the pain of a broken arm with little change in facial expression)

Intelligence: Above Average (She was able to be her own lawyer though she abruptly invaded Prince Benjamin's quarters without an overarching strategy, expecting him to just kill her and be erased by her ability)

Nen: Camilla is a proficient Nen User especially in matters of post-mortem Nen. 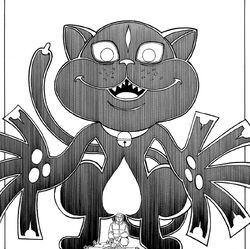 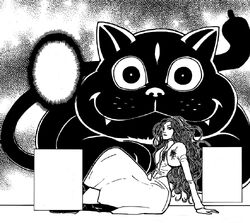 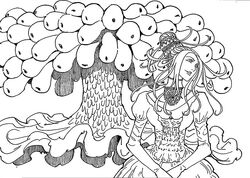 Retrieved from "https://vsbattles.fandom.com/wiki/Camilla_Hui_Guo_Rou?oldid=6171926"
Community content is available under CC-BY-SA unless otherwise noted.