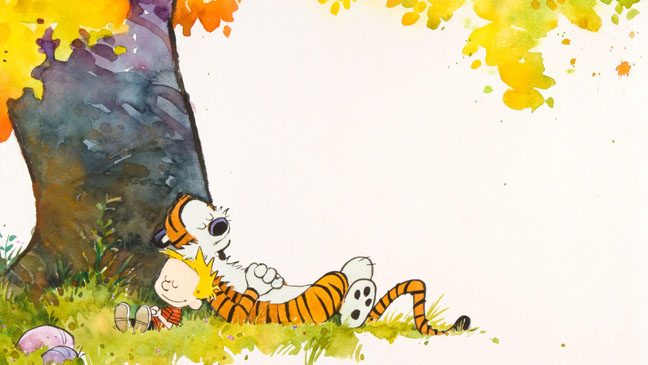 Calvin and Hobbes is an American comic centered around the adventures and misadventures of Calvin and his pet tiger Hobbes. The plot focuses on 6 year-old Calvin as he navigates life with the help of his very active imagination. Calvin mixes humor and visual gags with surprisingly poignant social commentary on life and relationships. Calvin and Hobbes frequently blurs the line between imagination and reality to the point where it is hard to distinguish one from the other.

The "real" world of Calvin and Hobbes is a mirror of our own human universe. The true power of the verse lies in Calvin's imagination which includes several prominent Hax abilities and creations including a time machine, a duplication machine, a gun that can transform you into any object in the universe while retaining your sentience, FTL travel with Spaceman Spiff, A powerful Superman-esque hero with Stupendous man and many more.

Start a Discussion Discussions about Calvin and Hobbes