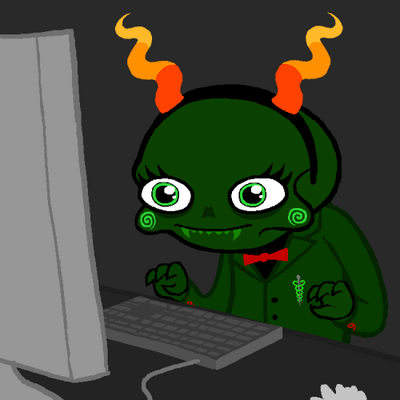 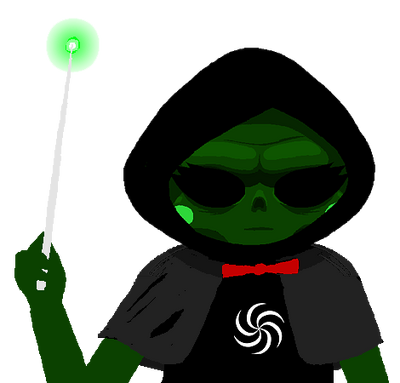 Calliope, also known by her screen name, uranianUmbra, is one of two Cherubs and is Caliborn's "sister".

Attack Potency: At least Mountain level (Shouldn't be that much physically inferior to Caliborn) | At least Multiverse level+ (As a Muse, she should be far superior to normal God Tiers, and comparable to her brother) | Outerverse level (Devoured Lord English, and stated to be able to beat him even on his best days. Overpowered Ultimate Dirk while in Earth C, but couldn't leave at the time. Destroyed the Green Sun and the Furthest Ring by turning herself into a black hole)

Speed: FTL+ | Immeasurable (Should be much faster than normal God Tiers like Aradia) | Irrelevant

Intelligence: High. Calliope has a deep understanding of Sburb's rules and mechanics.

God Tier: As a player of Sburb, Calliope is able to ascend to become a deity if she dies on her Quest Bed. Out of the fourteen possible classes and twelve possible aspects, Calliope was given the position of the "Muse of Space", getting the rare master class of Muse.