VS Battles Wiki
Register
Don't have an account?
Sign In
Advertisement
in: Tier 4, Tier High 4-C, Characters,
and 46 more 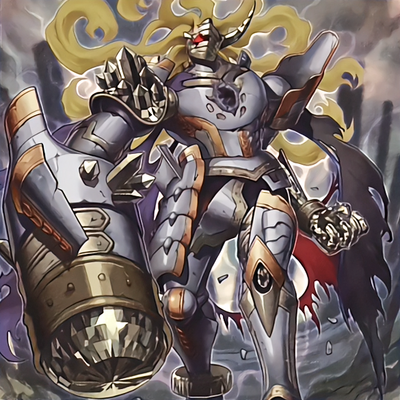 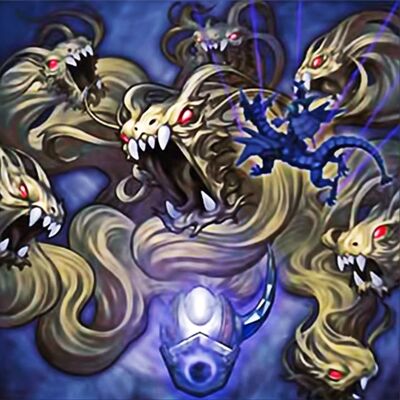 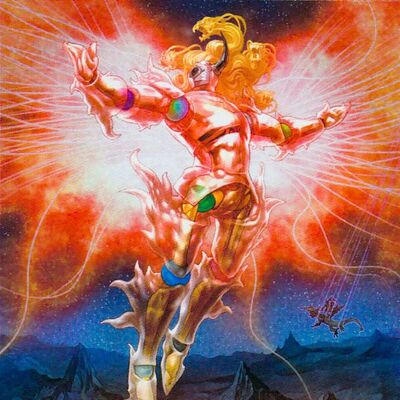 The body of Gem-Knight Crystal, Cairngorgon is the form taken by the darkness in his core after his death. He went on a rampage, consuming the souls of many and absorbing Evilswarm Kerykeion, evolving into Shadoll Core, bringing forth the Shadoll invasion. However, despite his power, he is in actuality merely a pawn of the goddess Tierra, who endeavors to be free.

Superhuman Physical Characteristics, Flight, Fusionism (All Gem-Knights are capable of fusing with others to become stronger and gain new abilities), Martial Arts (Skilled in hand to hand combat), Soul Manipulation (Able to absorb souls from the living, leaving their bodies as empty shells), Absorption (Able to absorb things both physically and spiritually), Power Absorption (Steals the powers and abilities of whatever he absorbs)

All previous abilities to a much greater extent plus Large Size (Type 2), Ice Manipulation (Has the powers of Bahamut, Ophion, and Ouroboros, including Bahamut's Aura capable of freezing things solid just by being near it, Ophion's ice that can freeze his opponents so thoroughly that their bodies instantly shatter, and Ouroboros' ice which is so potent that it can stop time on a global scale), Resurrection (Possesses Rasalhague's ability to bring things back to life even if they are just a soul, as well as the Evilswarm's ability to resurrect the dead as well as destroyed technology by turning them into Evilswarm. Resurrected all those who died in the previous war as Shaddolls), Power Bestowal (Has Kerykeion's powers, which granted Evilswarm Cockroach a portion of his power, and possesses Rasalhague's ability to amplify healing and regeneration), Life Manipulation (Has Rasalhague's ability to convert corruption into life energy), Soul Manipulation (The Gishki Aquamirror is able to forcibly remove souls and prevent the target from returning to their body), Power Nullification (The Gishiki Aquamirror is able to nullify powers to the point that a near dead Noellia was able to kill Gishiki Zielgas'. Shaddoll Core also suppresses the powers of those it absorbs), Attack Reflection (The Gishiki Aquamirror is able to reflect attacks), Telepathy (The Gishiki Aquamirror allows for long distance telepathic communication), Biological Manipulation (The Gishiki Aquamirror is able to physically alter a target's body to make them more suitable for rituals), Darkness Manipulation (Able to remove and absorb shadows), Air Manipulation (Has the wind manipulating powers of Pualo), Fire Manipulation (Has the fire manipulating powers of Suanni and Garnet), Healing, Possession (Those corrupted by the Evilswarm take control of those they fight to pass on its influence. This also works on machines and the dead), Empathic Manipulation and Absorption (Evilswarm grow more powerful by absorbing negative emotions, the more they are exposed to negative emotions the stronger they become. The Evilswarm also corrupts others with wicked, malicious thoughts), Sealing (Sealed Sophia, cutting her off from the Cycle of Reincarnation), Mind Manipulation (Those incapable of resisting its intense evil thoughts of the Evilswarm are instantly corrupted, turning them into more Evilswarm), Corruption (Can passively corrupt living things into Shaddolls just by being near them. Absorbed the corruptive capabilities of the Evilswarm), Light Manipulation, Existence Erasure (Wields The Power of Destruction of Sophia, the very concept of destruction), Power Bestowal (Made the Shaddolls powerful enough to fight and overpower the Yang Zing), Disease Manipulation, Body Puppetry, Technology ManipulationResistance to Existence Erasure (Resisted being in close proximity to and then absorbed The Power of Destruction of Sophia into himself), Mind Manipulation, Attack Reflection, and Power Nullification (Should have Trishula's resistance to the powers of the Ice Mirror and Mediums), and Soul Manipulation (All Shaddolls have had their souls removed and thus lack souls to manipulate)