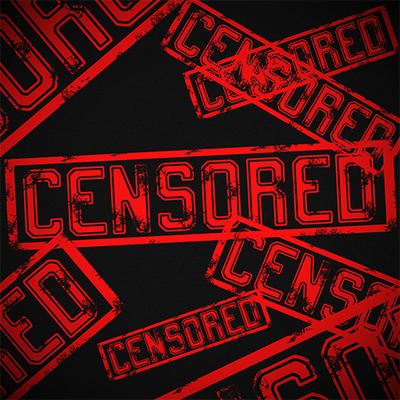 CENSORED (O-03-89) is an ambiguous Abnormality from the franchise Lobotomy Corporation. Its true form is hidden away by 'Censored' bars and its true appearance has not been described. While in containment, it appears as a towering tall vertical censored bar with several horizontal bars around it. When breaching, it takes on a form similar to a horse made of censor bars, though its form shifts once more when attacking.

Powers and Abilities: Superhuman Physical Characteristics, Flight (Can seemingly levitate over the ground), Body Control, Mind Manipulation, Madness Manipulation, Fear Manipulation (Passively inflicts fear into those who see it, potentially causing them to panic and freak out. Can directly attack the mind and eventually drive people to insanity. Anyone who sees it or any recordings of it will suffer instant mental corruption, even ignoring most forms of mental resistances), Information Manipulation (Can 'corrupt' the name of individuals it kills, making it drive insane those who read it), Life Manipulation, Absorption (Can consume and heal off of consumed enemies), Necromancy (Can use the corpses of fallen enemies to create small offshoots of itself), Resistance Negation (Can ignore resistance to physical and mental attacks. Its passive mind corruption effect also ignores basic mental resistances, but it is unknown to what degree), Regeneration (Mid-High, possibly High. Can regenerate from being turned into ashes. Possibly comparable to WhiteNight), Non-Physical Interaction (Can harm other non-corporeal entities and abstracts), Resistance to Physical Attacks, Mind Manipulation and Soul Manipulation (Resists RED, WHITE and BLACK attacks, which corresponds to physical attacks, mental/spiritual attacks and combinations of physical and mental attacks, respectively. Can resist the passive fear aura of other Abnormalities), Resistance to Resistance Negation (Reduces damage taken from BLACK damage, which ignores usual resistances to physical and mental attacks), Energy Manipulation (Can produce Enkephalin), limited Resistance to Power Nullification (Can eventually break through the Qliphoth Detterance, which drains abnormalities of their power)

Speed: High Hypersonic+ (Should be superior to Complete Food and comparable to fellow Aleph Class Eternal Meal, both capable of tunneling through the underground facility within a fraction of a second)

Durability: At least City Block level (Should be comparable to most Aleph-Classes)

Stamina: Likely very high like all other Aleph Class Abnormalities.

Intelligence: Unknown. It seems to wander around just on its own. 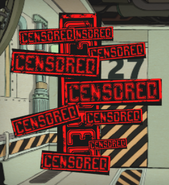