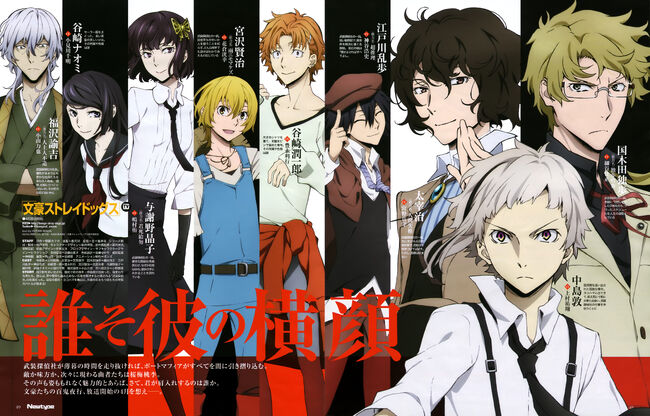 The plot begins after Atsushi Nakajima is kicked out of another orphanage for reasons beyond his understanding. Desperate, sleep-deprived, and starving, he decides to try and rob the first person he comes across so he can buy himself a meal... only to find a stranger floating down the river. Unable to ignore him, Atsushi dives in to save him, only for the man to scold him for interrupting his attempt to commit suicide. Introducing himself as Osamu Dazai, the would-be suicide victim has his colleague take Atsushi out for a meal, where the latter confesses that he feels that he's being stalked by a white tiger that terrorized every area he passed through, prompting Dazai to go out on a hunt for the tiger with Atsushi in tow. While hiding out in a warehouse, Atsushi begins hearing the tiger's roars again, only for Dazai to inform Atsushi that there was no tiger stalking him since he was the tiger the entire time. With Atsushi as a tiger in body and mind, he lunges at Dazai to attack him, only to be subdued by the latter's ability, No Longer Human. After coming to terms with his status as an Ability User and the new 7 Billion Yen bounty for his capture, Atsushi is offered a place in the Armed Detective Agency, a group that intervenes where the police and government can't. Thus the teenager enters a world unlike he's ever dreamed of.

Bungou Stray Dogs has yet to show impressive destructive feats, with no one topping Small Building level. However, the characters are decently fast, with speeds ranging from Hypersonic+ to High Hypersonic. The verse has shown a variety of unique abilities due to their literary origins, such as Atsushi's powerful regeneration and Akutagawa's ability to consume space itself. 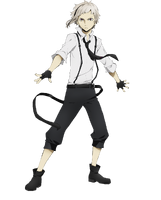 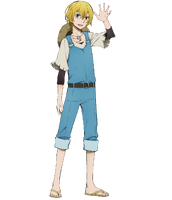 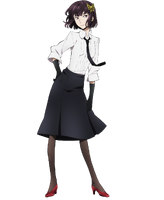