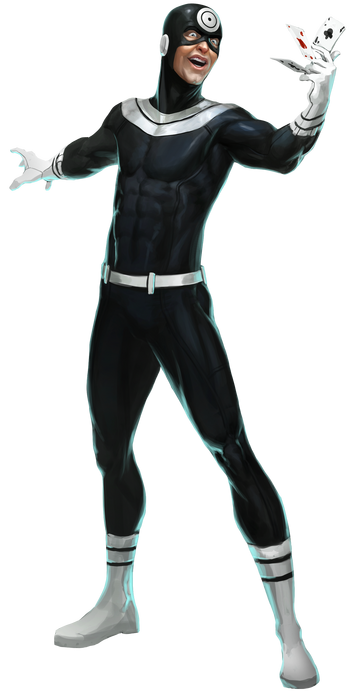 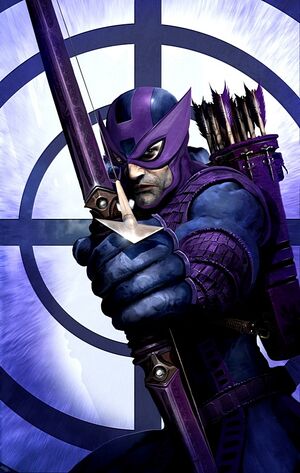 The man known only as Lester once aimed to become a Major League Baseball player with his immense throwing skill, but his personality lead to the game quickly becoming boring for him. Thus, he instead decided to use his talent to become the mercenary assassin Bullseye.

Attack Potency: Small Building level (Has fought on par against the likes of Daredevil, Punisher and Elektra, and should be comparable to Kingpin)

Lifting Strength: At least Class 1 (Comparable to Punisher and Daredevil. Can snap necks)

Range: Standard melee range. Up to 100 feet by throwing objects

Intelligence: A master assassin who can use virtually any item as a deadly throwing weapon. Knows every weak point on the human body and is a skilled marksman.

Weaknesses: Psychotic and delusional. In order to survive, he depends on an iron lung.