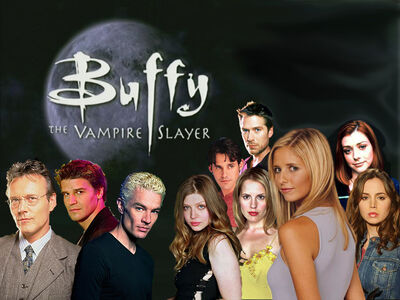 Buffy and Angel are the television shows that make up the Buffyverse. They were both directed by Joss Whedon, and ultimately based around the verse's protagonist, Buffy Summers, the girl who fights vampires and other monsters in order to protect the world. Angel centers around Angel the vampire, Buffy's runaway lover. Buffy is often considered to be the basis of many of Twilight's plot points.

Buffyverse is actually very powerful. Buffy herself is only low HST level, and most of the central cast are weaker, but the verse possesses several very powerful beings, such as demons with dimensional warping abilities, demon lords with time manipulation, reality disruption, and an entity called the First Evil, which is literally the embodiment of evil, with apparently limitless power. However, the First Evil is incorporeal. Overall, it may not seem it at first glance, but this is a strong verse. 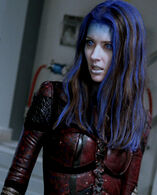 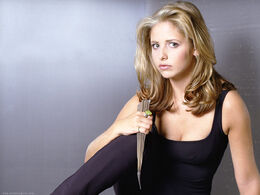 Start a Discussion Discussions about Buffy the Vampire Slayer