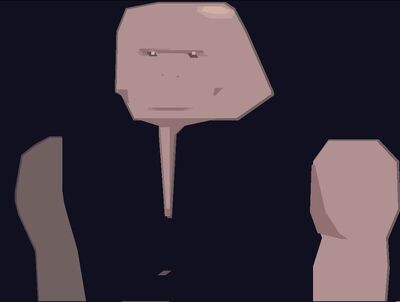 Instrumental to the escape of Lester Knight Chaykin. Prior to his capture, Buddy was the leader of a quaint village in the other world. One day, without warning, the village was attacked and destroyed by the guards of a slave prison, led by the Prison Warden. Though he struggled against the attack with his energized whip, he was eventually stripped of his weapon and overcome by the Guards.

Intelligence: Unknown, likely Gifted (Can hack the security systems of the alien prison)

Retrieved from "https://vsbattles.fandom.com/wiki/Buddy?oldid=4718013"
Community content is available under CC-BY-SA unless otherwise noted.