Bubsy is an infamous video game series revolving around the many misadventures of the anthropomorphic, comedian bobcat, Bubsy. Bubsy protects the environment from hunters and has the world's biggest yarn collection, but this is all thrown into mayhem when the Woolies, an intergalactic and evil alien race bent on gathering all the yarn in the galaxy, arrive on Earth lightyears away from their homeplanet Rayon to steal all of Bubsy's coveted yarn collection. This leads to Bubsy traversing to their mothership and defeating them, regaining his yarn collection and causing an ongoing feud between the two forces.

In later installments, Bubsy and his allies would go on to fight the evils of Oinker P. Hammm, who tried to take over history and sell it in his theme park, and Hansel and Gretel, who corrupted many well-known fairy tales.

The Bubsy series is a powerful franchise. While most of the base form and lower tier characters are Small Building level, they have a decent amount of abilities and hax, such as regeneration, self-sustenance, toon force, plot manipulation, and even more. And Bubsy with the Virgil Reality Helmet is way higher than that, likely Planet level to possibly Universe level in it's power, and even giving him universal ranged reality manipulation. 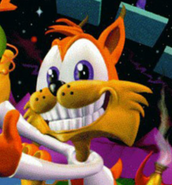 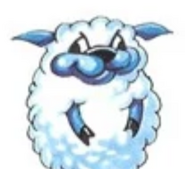 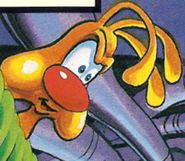 Woolie
Add a photo to this gallery