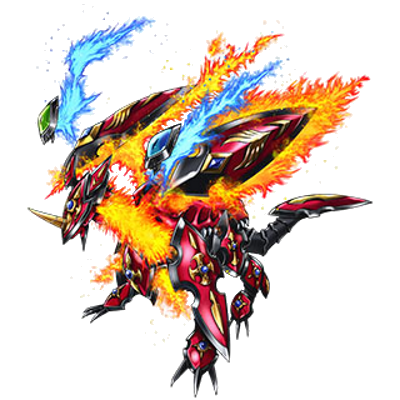 Bryweludramon is an Ultimate level, Legend-Arms shield Digimon, its entire body is composed of shields and has taken the form of a dragon. By attaining the data of "legendary shields" from legends and games, it evolved to become a shield boasting absolute hardness, one that cannot be scratched by any attack. While appearance-wise it seems to be made from Red Digizoid, the true extent of its hardness cannot be analysed. Bryweludramon has two standalone AI units, Gause and Fay, which allow it to see in all directions. Gause and Fay also possess barriers made from flames, and are able to extend the scope of their barriers to cover even Bryweludramon. Because Gause and Fay are capable of acting independently of Bryweludramon, no matter how far-separated they are, it is said that they are even capable of covering the entire world with their barriers. Although Bryweludramon may be the strongest shield, it seems that its barriers have been broken and bested before by its nemesis Durandamon. 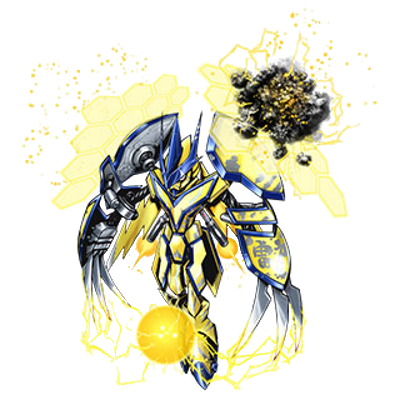 The evolved form of Tia Ludomon, it has been further mechanised and attained the ability to fly. By sacrificing its agility, it gained durability that allows it to withstand even an attack from an Ultimate level head-on. The shields attached to its shoulders and arms automatically put up an electric barrier which cannot be seen, causing enemies to be confused as to why their attacks are not working. Not only that, it is also able to increase the area covered by its barrier in exchange for being unable to move, allowing it to protect entire regions to a certain extent. 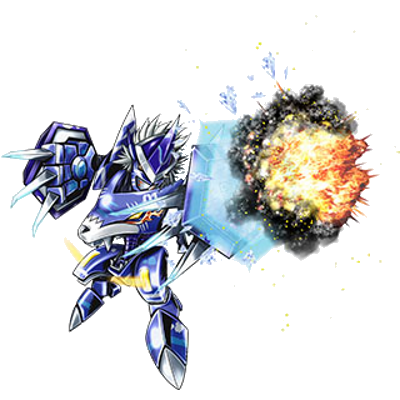 The evolved form of Ludomon, it has grown even more durable and attained outstanding speed. It dashes at high speed across battlefields, rescuing straggling Digimon who are no longer able to fight. It is capable of transforming itself into a shield to be wielded to aid in escaping the battlefield, protecting its wielder from any attack that comes their way. Tialudomon's shields have magical properties that allow it to erect barriers of ice, which freeze and nullify opponent attacks. 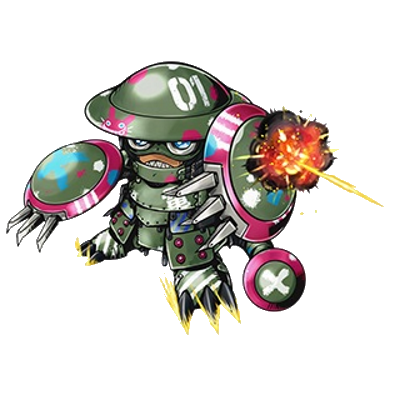 Ludomon is one of the 'Legend-Arms', who are capable of transforming themselves into weapons. It is the only one among the 'Legend-Arms' capable of transforming itself into a shield. It wields sturdy, steel shields on its head and on both arms, protecting it from attacks coming from any direction. As a Digimon made with protection in mind, there have been records of it protecting areas being targeted by the D-Brigade. 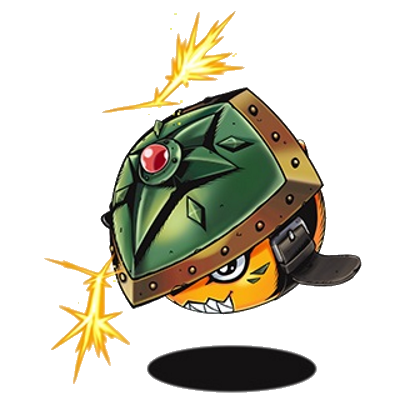 A Digimon whose hat has become a copper shield, with its personality turning rougher as well. It is less vigilant than before due to its equipment becoming sturdier, adopting a fearless, forward-charging personality. However, because its shield is still only made of copper, it will land itself in trouble if it gets too aggressive. 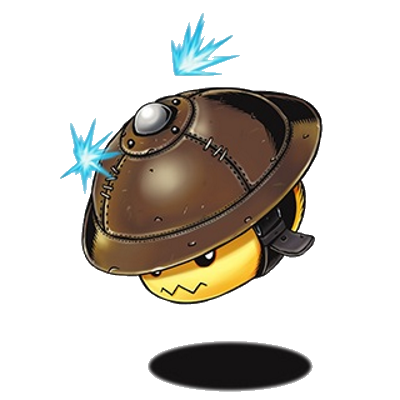 A Digimon that was born already wearing a leather hat. It looks stronger than the average Baby level due to its equipment, but because it is made of a soft material, it barely offers any defensive protection. It is extremely vigilant, and will retreat into its hat at the slightest provocation.

Standard Equipment: Themselves and their shields (Wall Rake for Ludomon) | Rocket Messer

Intelligence: While not much is known about their combat prowess, Ludomon's evolutionary line is implied to be highly skilled combatants who utilize a strong defense to overcome strong foes.

Weapon Change: The Ludomon line can change into weapons in which their durability is increased.

Start a Discussion Discussions about Bryweludramon