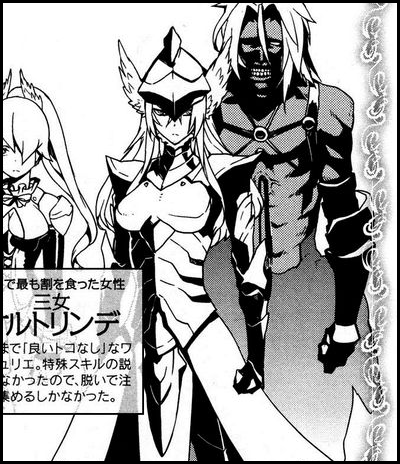 Brynhildr is the eldest sister of the nine Valkyries. She was the first Valkyrie to marry a human, the hero Siegfried, making them the seniors of Waltraute and Jack Elvan in a way. However, Odin feared that Siegfried would monopolize Brynhildr and diminish Asgard's military forces, so he manipulated them by erasing Siegfried's memories, starting a chain of events that ended up with their happy marriage destroyed and Brynhildr killing Siegfried by stabbing him in the back. Because of his power and fame, Siegfried was turned into an Einherjar, and Odin allowed Brynhildr to remove him from the army, assigning him to her exclusive use.

Durability: At most Town level (Would die by a single Spear of Destroying Lightning) | At most City level (Same reasoning)

Weaknesses: Waltraute's multi-tool knife, her Einherjar cannot act on their own if she's rendered unable to fight

Retrieved from "https://vsbattles.fandom.com/wiki/Brynhildr_(Waltraute)?oldid=4108389"
Community content is available under CC-BY-SA unless otherwise noted.