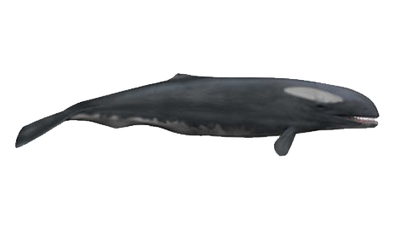 Powers and Abilities: Superhuman Physical Characteristics, Enhanced Senses, Sound Manipulation (Sonar can be concentrated into a blast that can stun and damage victims)

Attack Potency: Wall level (Could trade plows with a Megalodon, though by itself it was eventually defeated. A pod of Brygmophyseter could easily kill a Megalodon)

Speed: Superhuman (Can swim up to 30mph)

Lifting Strength: At most Class 5 (Can lift other Brygmophyseters; weigh up to 5 tons)

Durability: Wall level (Can survive attacks from a Megalodon)