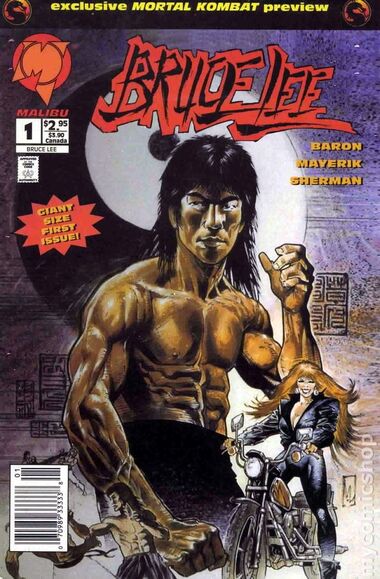 Bruce Lee is a martial arts instructor of Jeet Kune Do in California. He battles criminal gangs, drug traffickers and rival martial artists while pursuing a career in acting.

Speed: Supersonic (blocked gunfire, dodged a car at very close range while avoiding gunfire, and struck too fast for a movie camera to record)

Lifting Strength: Superhuman (flipped a muscular man over by his head)

Durability: At least Street level (took a beating from several armed thugs without lasting injury, took hits from a boxer who could break the arena rope), likely Wall level

Stamina: High, shortly after getting beaten by armored thugs he was able to get up and easily win a fight.

Intelligence: Master martial artist precise enough to strike targets such as flies, coins, earrings and cigarettes out of the air with his kicks. Effective at stealth.