VS Battles Wiki
Register
Don't have an account?
Sign In
Advertisement
in: Tier 6, Tier Low 6-B, Tier 4,
and 67 more 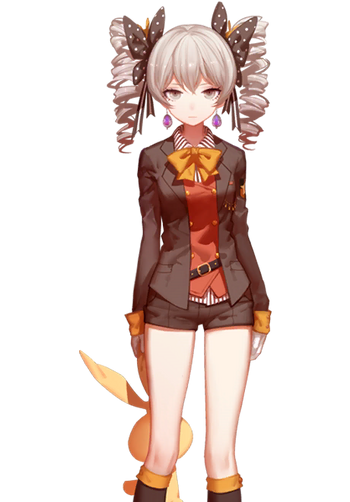 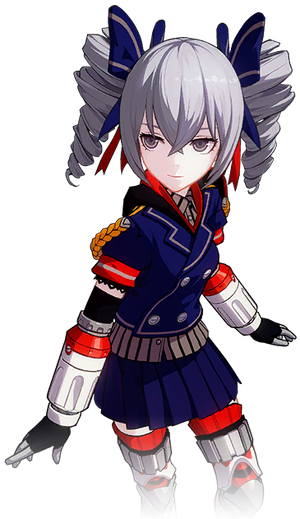 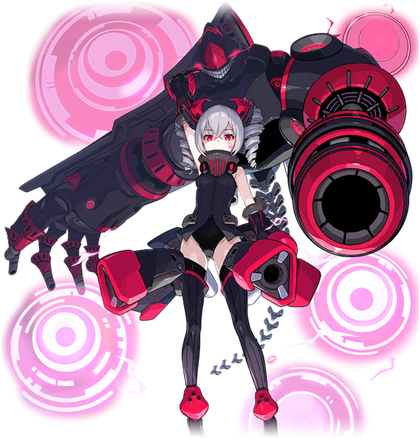 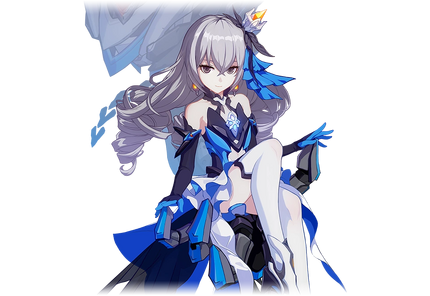 Bronya Zaychik was an orphan who lost her home and family in the 2nd Honkai War and was captured by the Siberian army who trained her as a soldier, which led her on becoming the infamous and feared sniper, the Silver Wolf of the Urals, until she got knocked out by Cocolia, who took her in to her Orphanage, where Bronya met Seele Vollerei.

However, the orphanage hid a dark secret; its true purpose was for an experiment known as the 'X-10', and had hidden experimentation facilities and supplies of the X-10 project. After losing Seele when she disappeared into quantum state due to failure of the X-10, Bronya entered St. Freya High School as a mole of Anti-Entropy with hopes of saving her long-lost friend.

All previous abilities but stronger plus, Smoke Manipulation, Vibration Manipulation, Homing Attack, Statistics Amplification, Invisibility, Limited-Abstract Existence&Nonexistent Physiology (Can turn herself into the imaginary state to avoid most form of attacks.[1])

All previous abilities but far stronger plus, Herrscher Physiology, Creation, Reconstruction, Body Puppetry, Possibly Regeneration (Low-Godly, Scaling from Welt who regenerated back after got completely destroyed on physical body), Spatial Manipulation, Sealing (Scaling from Welt who can apart reality from Sea of Quanta and sealed Kevin within it), Power Mimicry (1st Herrscher power can replicate anything that can be reasoned with or even other Herrschers powers), Barrier Creation, Information Manipulation, Possibly Reason Manipulation (Scaling from Welt. Core of Reason is the manifestation of the progession of humanity and can avail of the laws of the universe), Danmaku, Self-Destruction and all other Welt's abilities

Remodeled Project Bunny has all Bronya powers plus, Transformation (Can transform into a motorcycle)

Attack Potency: Small Country level (Can fight Wendy who wields the Gem of Desire which casually can instantly kill 30 million residents of Soukai city and was at least comparable to Avora who could cause the storm that covered the Baltic Sea. Made Wendy retreat alongside the others trio. Project Bunny stated to be far more powerful than current era's armaments) | At least Small Country level (Slightly overwhelmed Kiana and Mei at the same time, who were comparable to her previous state), higher with Suppression Barrage | At least Small Country level, higher with Obliterate Mode, likely higher (Should be stronger than her previous state) | At least Solar System level, likely higher (Inherited all of Welt Yang's power, and thus should be at least equal to him. Barely kept up with a weakened Kevin. Should be somewhat comparable to Herrscher of Thunder. Held her own against a casual Herrscher of Sentience alongside Void Drifter Kiana. With the Star of Eden's Zeroth power, she was able to destroy Rita's Theater of Domination which previously took no damage from her regular attacks. Later was stated to posseses the amount of energy equal to Herrscher of Flamescion)

Stamina: Very high | Nearly limitless (Inherited Welt Yang's Herrscher Core, and should be the same stamina as him due to being the Herrscher of Reason)

Range: Dozen of meters, High Complex Multiversal with Dimensional travel & Imaginary space (Traveled through countless parallel universes with an endless space and can reach the realm of the Sea of Quanta that act as the bottomless abyss)

Intelligence: Extraordinary Genius, One of the most brilliant students of St.Freya (Especially tactical and calculations) and has trained as a special assassin before entering the school. She has a grown-up personality, and has a very logical way of thinking, Though she cannot understand concepts based on intuition, which is what Kiana often does. She is a top-gamer with the MMORPG game account at rank 98 of 100 named "Metal Gear Bronya". Capable of hacking Ningyo who is equivalent to "A walking Quantum computer" and made Gray Serpent who created Ningyo in the first place disconnect from hacking the Hyperion. Surprised Otto from hacking his Valkyries Virtual-world. Possesses the Herrscher of Reason's core which would give her an even more superhuman memory than she already had prior.

Weaknesses: Has dysfunctional legs and gets emotional over her past, can be incapacitated by frying her microchip | None notable in HoR form 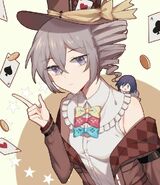 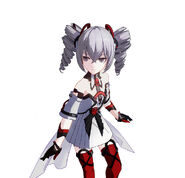 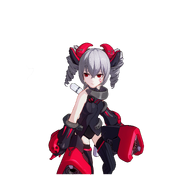