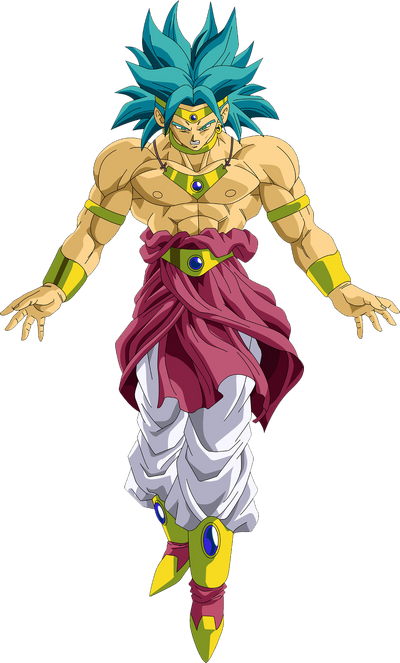 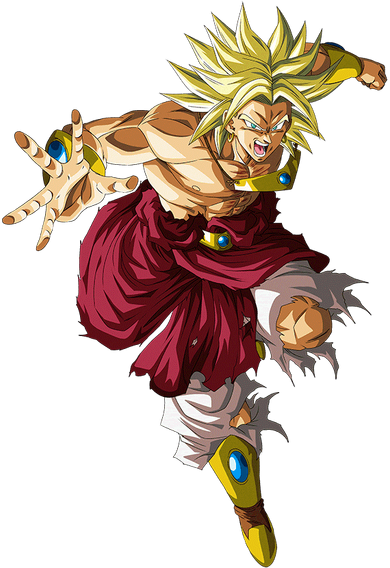 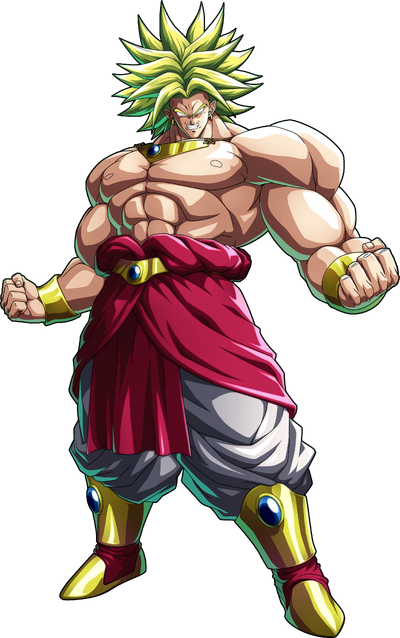 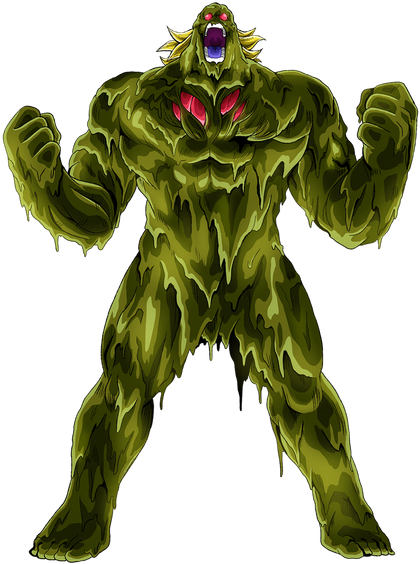 Broly is the fabled Legendary Super Saiyan, an extraordinary class of Saiyan that only appears once every thousand years bearing immense power. Born with an extraordinary power level of 10,000, Broly was stabbed by King Vegeta in his youth and left for dead alongside his father, Paragus, who feared that he would be a threat to the throne. But due to his extreme, latent power, Broly survived the assassination attempt and then the destruction of Planet Vegeta at Frieza's hands, escaping alongside his father and carrying a deep-seated hatred for another young Saiyan named Kakarot, who had ruined the few moments of normal life he had with his incessant crying.

Powers and Abilities: Skilled Martial Artist, Superhuman Physical Characteristics, Acrobatics, Accelerated Development (Training; Physical Stats, Abilities), Ki Manipulation (Can be used defensively and offensively, to strengthen his skin or to fire barrages of ki blasts, which can home in on targets or form defensive barriers, also changed the weather), Ki Sensing (Can locate others by reading their ki), Enhanced Senses (Saiyans have exceptional senses, allowing Broly locate small, distant objects by tracking their smell, see clearly over long distances, and track the movements of others even in pitch black conditions by feeling vibrations in the air. Broly heard Goten speaking from under tons of solid ice), Flight and Spaceflight, Self-Sustenance (Type 1. Can breathe in space), Reactive Power Level (As a Saiyan, Broly grows stronger every time he fights and can become stronger in the midst of combat, vastly increasing in strength whenever he is mortally injured), Shockwaves Generation, Rage Power, Transformation (Can transform into a Super Saiyan, increasing his capabilities drastically), Regeneration (Mid-Low; can regenerate his skin after his Legendary Super Saiyan transformation bursts out of it. Low-Mid over time; regenerated from having his chest ripped open by Goku's punch), Breath Attack (As Bio-Broly), Resistance to Mind Manipulation (Overpowered Paragus' mental limiters that prevented him from accessing Legendary Super Saiyan), Cosmic Radiations (Travelled in space, which is filled with radiations), Heat (Survived in lava) and Extreme Cold (Survived being encased in ice for over seven years, broke out of it the moment he heard Goten's cries)

Stamina: Very high. His stamina is much greater than that of the average Saiyan and he was able to survive a seemingly lethal blow from Goku

Intelligence: While Broly is a competent fighter, and likely sapient on his own as he was able to realize his own father was going to betray him, he is a psychotic, murderous monster who is slowly descending into insanity as his obsession with Goku takes hold. In Second Coming, he has seemingly devolved extensively due to his experience of being frozen for over seven years, and Bio-Broly is animalistic

Weaknesses: Broly's love for fighting and brutality makes him beat down his opponents, but not quickly kill them unless they become too dangerous, as shown by his reaction to the Amped Goku. His body also gets progressively more fragile due to the strain and energy overload caused by using the Legendary Super Saiyan form for too long. | Bio-Broly is vulnerable to the culture fluid, which dissolves his body and contact with water can cause him to solidify if he was exposed to the culture fluid

Ki: The fighting power and life force of a martial artist, a tangible energy derived from the user's vigor, courage, and mind. It can be used in a number of ways, such as to surpass the limits of one's body to greatly increase in strength, and it can be fired as blasts of energy or used to create defensive barriers. Along with his Saiyan blood, Ki acts as the source of Broly's incredible power and abilities. Born with an extremely high power level of 10, 000, Broly is an extremely powerful monster of a Saiyan.

Saiyan Physiology: The physiology of a Saiyan, an aggressive warrior race of conquerors. Saiyans have the natural ability to control ki and to fly. While his lifespan is comparable to that of a human, Broly will remain at his peak strength for much longer. One of the most powerful abilities of a Saiyan is their ability to grow stronger and stronger through combat, allowing Broly to constantly push his own limits during a fight and rise to higher and higher peaks in power. This ability grants a substantial boost in power when Broly is badly injured, allowing him to reach a whole new level of power once he recovers.

Note: This is the page for Broly's original movie appearances, not his future appearance in Dragon Ball Super: Broly.

Shadow the Hedgehog (Sonic the Hedgehog) Shadow's Profile (Both were 4-A, and speed was equalized)