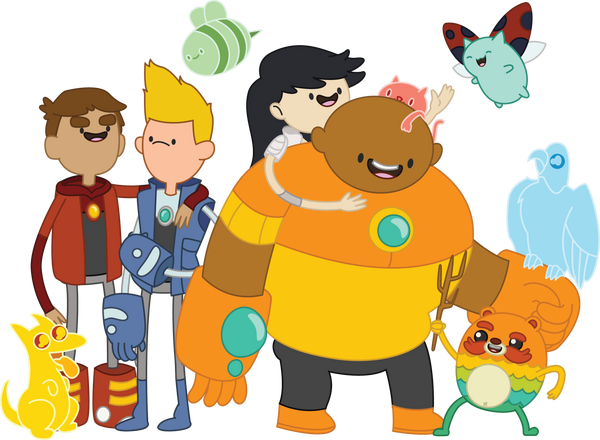 Bravest Warriors is an American animated web series created by Pendleton Ward (the creator of Adventure Time) and directed by Breehn Burns, on Cartoon Hangover. Set in the year 3085, the series follows four teenage heroes-for-hire as they warp through the universe to save adorable aliens and their worlds using the power of their emotions.

Bravest Warriors is a rather powerful verse, with one confirmed universal, and a couple of other characters who are hinted to be at that level. Emotion Lords are seemingly immortal beings with control over time and space. Bravest Warriors exists in a multiverse, and the Aeon Worm's power sent Beth's mind through many parallel worlds.