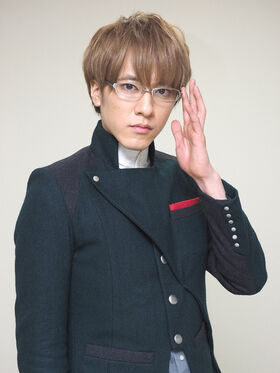 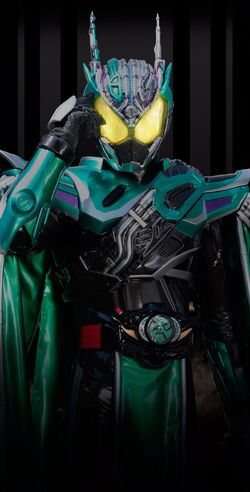 Classification: Roidmude, Kamen Rider (Temporary, only once in his dream)

Inorganic Physiology, Transformation, Superhuman Physical Characteristics, Energy Manipulation, Data Mimicry (Only once for each Roidmudes, they can copy a human data to create their human form), Resistance to Slowdown (Roidmudes have Core Driviars which make them are not affected by their own Heavy Acceleration), Hand to Hand Combat, Can create Heavy Acceleration that slows down time in the field he generated, Poison Manipulation (Can generate neurotoxin that can inflict serious pain and cause the certain death without special medical treatment or can unleash poisonous tentacles), Technology Manipulation (Can manipulate certain technologies to his liking simply by tapping his glasses such as turned an iPad into a GPS system which used to track the target), Fire Manipulation (Can shoot a fireball), Memory Erasure (Can erase and reboot any Roidmudes that went rogue or disobey their orders)

Former abilities from his Roidmude form, Data Manipulation (Can manipulate data strips, which he used to steal a supercomputer memory and upload it into a stolen iPad), Telekinesis, Electricity Manipulation, Wind Manipulation, Forcefield Creation

Attack Potency: Continent level (Comparable to Heart and Medic) | Moon level (Superior to Drive Type Tridoron) | Unknown (This form appeared only in his dream which actually his original data is being assembled by Go Shijima and his enemies who be ressuructed by Mu cannot scale them to original owns) | Solar System level (Fought against Gasshine army who superior to Zi-O Decade Armor)

Retrieved from "https://vsbattles.fandom.com/wiki/Brain_(Kamen_Rider_Drive)?oldid=6287007"
Community content is available under CC-BY-SA unless otherwise noted.