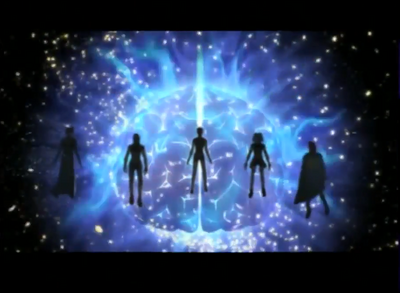 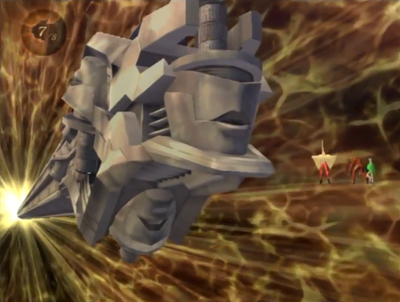 Powers and Abilities: Superhuman Physical Characteristics, Higher-Dimensional Existence, Abstract Existence (Type 2), Immortality (Types 1, 3, 4 and 8. Can return to The Axiom to reform indefinitely), Regeneration (High-Godly. Capable of regenerating after being erased from nonexistence alongside the entire multiverse across past, present and future), Acausality (Type 4; Exists as a being naturally born beyond the boundaries of time, and does not perceive it linearly, being completely unaffected by the collapse of the Multiverse across all of time), Non-Corporeal (Brahman is not a physical being, and is a thought-form made of pure information and data similar in nature to human thoughts, with the act of trying to kill a being such as it being linked to trying to slash the air or pummel the seas), Reality Warping, Space-Time Manipulation (Demons far weaker than Brahman are capable of maintaining the existence of the very concept of time across infinity, and of overwriting universes and their past and future with new ones containing different laws. Scaling from Polaris, who is capable of rewinding and administering time on a multiversal scale, affecting even voids of complete nothingness which consume concepts and ideas), Law Manipulation, Life & Death Manipulation, Soul Manipulation, Causality Manipulation, Fate Manipulation (Far superior to the likes of the Norns, whose influence over Time and Fate bounds even Demons who exist beyond all of space and time), Information Manipulation (Controls the fundamental information, the "Data", which comprises all things, as all has its source on Brahman, and eventually returns to it), Conceptual Manipulation (Type 2. Scaling from lesser entities capable of administering and manipulating all concepts that comprise the world and define its past, present and future as if they were merely Information on a computer program), Void Manipulation (Characters far weaker than Brahman can completely destroy beings of nothingness with nothing but normal attacks, and control the primordial void of nothingness that consumes and erases everything that comes in contact with it, even concepts and the Information that comprises reality on a fundamental level), Teleportation, Durability Negation, Sleep Manipulation, Petrification, Curse Manipulation, Sealing, Probability Manipulation, Power Nullification, Energy Manipulation, Element Manipulation (Fire, Force, Earth, Electricity, Ice), Healing, Light Manipulation, Darkness Manipulation, Status Effect Inducement, Statistics Amplification and Reduction (Can greatly increase its own statistics and lower the power of foes, being capable of turning someone stronger than itself into their equal or a weakling), Resistance Negation (Can cast Almighty attacks which bypass all magical defenses and innate resistances), Omnipresence, Nigh-Omniscience, Resistance to Conceptual Manipulation

Attack Potency: Low Complex Multiverse level (Brahman is the Supreme Deity of the Digital Devil Saga Multiverse, existing as the all-pervading Divine Identity which is one with all things, and holds them as parts of itself, while simultaneously being the source of all existence, as the "Data" which comprises everything in the most fundamental level is directly derived from it. )

Speed: Omnipresent (One with everything in existence)