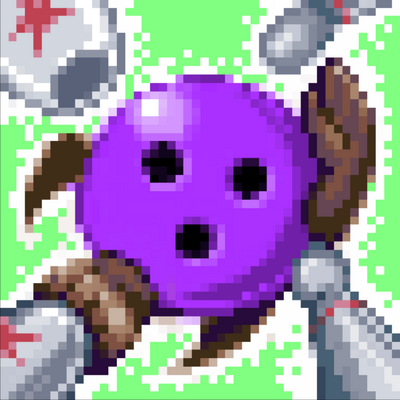 The Bowling Balls are a kind of being inhabiting the Bowling Zone.

Powers and Abilities: Superhuman Physical Characteristics, Teleportation, BFR (Teleport others on contact), Power Nullification (Passively prevents the usage of time-related abilities), Immortality (Type 8. Reliant on Urotsuki. It will always come back, as she re-creates it subconsciously), Resistance to Time Manipulation and Mind Manipulation