VS Battles Wiki
Register
Don't have an account?
Sign In
in: Tier 8, Marvel Comics, Characters,
and 42 more 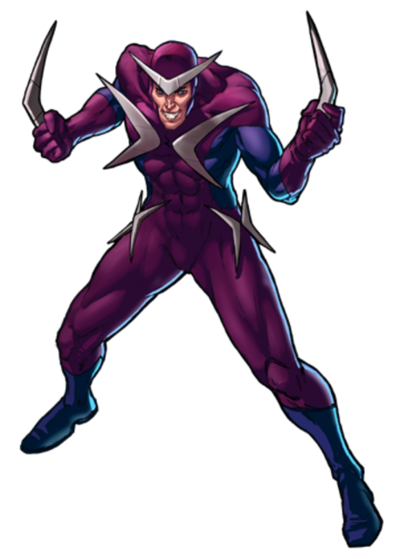 After moving from Australia to America, Fred Myers developed a passion for baseball and had potential to be one of the world's greatest pitchers. His career was cut short when he was suspended for taking bribes. The Secret Empire saw potential in Fred, and gave him the gear necessary to utilize his talents. After the Secret Empire crumbled, Boomerang found work with crime lords like Hammerhead and the Kingpin, and has been a part of groups like the Sinister Syndicate, the Masters Of Evil, The Thunderbolts, and even led the New Sinister Six.

Stamina: At least Above Average

Intelligence: Likely Above Average, possibly Gifted (Can plan and execute extremely complex strategies by himself and manage to fool multiple crime veterans, such as Chameleon, Kingpin and Hammerhead)

Weaknesses: Holds a somewhat low opinion of himself