As a result of committing an unknown criminal act in the past, Bondrewd the Novel had a bounty placed on his head. Escaping the country, he became a researcher and white whistle Cave Raider who, despite obtaining the funds for his experiments through highly unethical and illegal means, is permitted to continue with them due to how successful his research has been in helping navigate the Abyss.

Origin: Made in Abyss

Speed: Supersonic (Created sonic booms during his fight with Reg), possibly Speed of Light reactions (Can keep up with Reg). Speed of Light attack speed (Gangway and Sparagmos fire beams stated to be light) 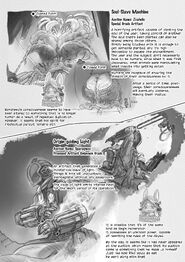 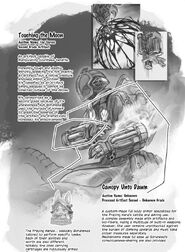 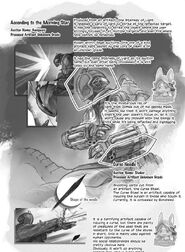 Intelligence: Very High, dispatched all sorts of foes from the Abyss and the human world alike. Has a good understanding of human biology and has spent years conducting a multitude of scientific experiments, which lead him to finding a counter for the curse of the abyss.

Weaknesses: His immortality can be overcome by either destroying Zoaholic or killing all members the Umbra Hands. His resistances are done through the use of Catridges of which he has a limited number of. Can only transform into an blessed Narehate with his Cartridge 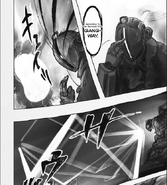 Far Caress
Add a photo to this gallery