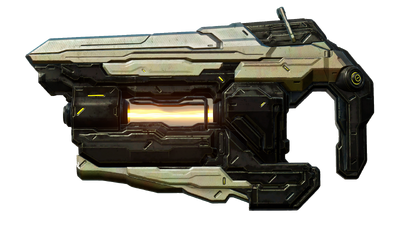 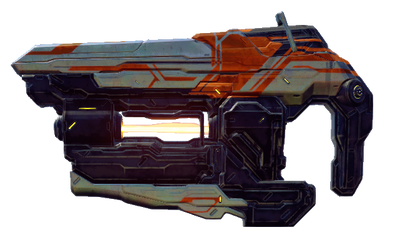 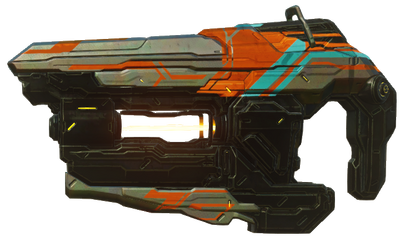 The Z-110 Directed Energy Pistol/Exotic, or Boltshot, is a Promethean Forerunner pistol which fires concentrated bolts of hard light. It is a close-range precision weapon and excels at destroying organic matter.

The Open Hand is a variant of the Z-110 Directed Energy Pistol/Exotic which fires a swarm of fast-moving bolts with very strong homing behavior with each press of the trigger.

The Closed Fist is a variant of the Z-110 Directed Energy Pistol/Exotic with a faster fire rate and larger magazine than standard Boltshots.

Attack Potency: Wall level (Stronger than a Plasma Pistol.), Building level when Charged (A charged burst from a Boltshot can kill a fully shielded Spatan from 15 feet away)

Weaknesses: Using the charge burst requires a charging time of four seconds during which the gun cannot be fired

Retrieved from "https://vsbattles.fandom.com/wiki/Boltshot?oldid=4003626"
Community content is available under CC-BY-SA unless otherwise noted.