The Bohrok are insectoid machines created by the Great Beings to raze the surface of Mata Nui to prepare for the Great Spirit Robot standing up. However, they were awoken outside of their normal cycle by Teridax, who wished to use them to delay the Toa Mata.

Attack Potency: City level+ (Bohrok can fight against Toa, such as Pohatu, who reduced Odina Fortress to dust. Given time, they can reduce mountains to dust, and they will eventually scour Mata Nui's surface entirely).

Striking Strength: City Class+ (Nuhvok can wipe out forests with a single blow from their Earth Shields)

Range: Extended melee range, Kilometers with their abilities (Their range should be comparable to a Toa, such as Pohatu, who destroyed the massive Odina Fortress with a single timed Stone Blast)

Intelligence: While Bohrok are mindless and lack identities, they are brutally efficient and skilled, working together highly effectively with ease.

Tahnok: The Bohrok Swarm of Fire. While they are the fastest of the Bohrok, they are still methodical, working together with mindless efficiency. They are considerably more destructive and aggressive than other Bohrok, as well. They are equipped with Fire Shields, which they use to melt through all sorts of substances.

Gahlok: The Bohrok Swarm of Water. Their strategies constantly adapt, making them highly unpredictable, and never attack in the same way more than once. They are equipped with Water Shields, which they use to direct water for their own purposes.

Lehvak: The Bohrok Swarm of Acid. They are clever tacticians that strike fast and withdraw quickly, never staying in one place for too long. Of all the Bohrok, they are the most individually driven, and are thus very capable of thinking and acting on their own. They are the only Bohrok designed with combat in mind, and are the most dangerous, as their acid can dissolve any substance. They are equipped with Acid Shields, which can secrete or shoot their powerful corrosive acids.

Pahrak: The Bohrok Swarm of Stone. Pahrak are extremely stubborn, though calm, chipping away at a problem bit by bit until it's solved. They ignore any distractions from their work until they absolutely have to defend themselves. They are equipped with Stone Shields, which generate powerful seismic waves capable of reducing large amounts of stone to dust.

Kohrak: The Bohrok Swarm of Ice. As opposed to their more cautious siblings, Kohrak consider themselves indestructible and have no regard for their own safety. In addition, unlike other Bohrok, they don't work together, instead confronting opponents one on one. Their bodies chill the air around them, and using their Ice Shields, they can release blasts of ice that can freeze even open flames.

Nuhvok: The Bohrok Swarm of Earth. They tend not to defend themselves from harm until they realize what's happening, though they are very tenacious and can fight for long periods of time. Unfortunately for them, they are also very, very dense. They are equipped with Earth Shields, which they use to weaken the earth and destroy their surroundings.

Bohrok Va: The Bohrok Swarms are accompanied by the Bohrok Va, small, completely mechanical beings that lack Krana (though they carry them around to deliver them to Bohrok) and act as scouts and messengers.

Bohrok-Kal: Six elite, mutant Bohrok created by the Bahrag, the Bohrok Queens, as a failsafe. In the event that the Bahrag were defeated, the Bohrok-Kal would be activated, and they would reawaken them to continue the destruction of Mata Nui. Bohrok-Kal possess different, more powerful elemental powers than their original counterparts, and are equipped with superior Krana, appropriately named Krana-Kal.

The Bahrag: The twin Bohrok Queens, Cahdok and Gahdok. They possess more powerful versions of the original Bohrok's elemental powers, on top of several other unique abilities. 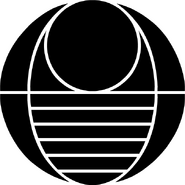 The symbol of the Bohrok 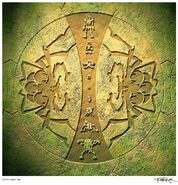 Concept art of the Bohrok 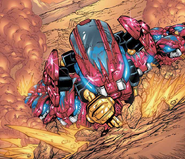 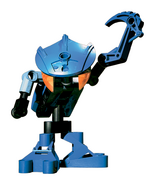 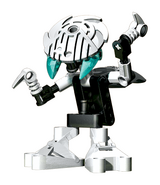 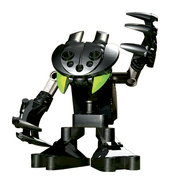 Nuhvok Va
Add a photo to this gallery

Retrieved from "https://vsbattles.fandom.com/wiki/Bohrok?oldid=5735646"
Community content is available under CC-BY-SA unless otherwise noted.