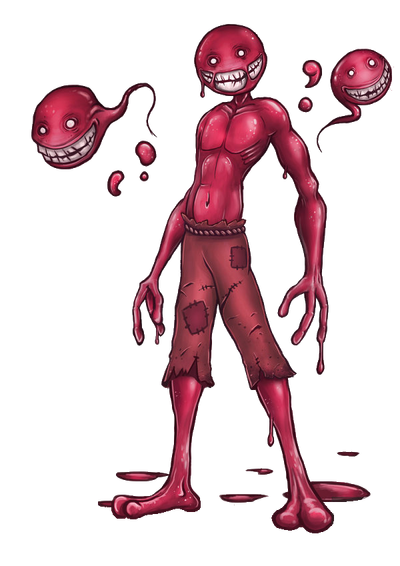 Bog is a mysterious character participating in RHG, known for his insane behavior, uncontrollable demeanor, and hunger for living beings.

Attack Potency: At least City level (Scales to Savy of the Zetabrand, who pulverized the top of two mountains with a punch), possibly Mountain level (Completely undefeated. Fought Gildedguy, whose sword could harm him)

Durability: Mountain level (Tanked being punched by a giant whose legs were above the cloudline without any damage)

Stamina: Very high (Fought Gildedguy until the sun came up, and even then, didn't seem to be tired)

Intelligence: Average (Bog is likely completely insane, and tends to act impulsively based on instinct. Despite this, however, Bog is actually quite skilled in combat, combining his unorthodox fighting style, his unusual and lethal abilities, and his skill in manipulation and diversion to defeat his opponents with surprising efficiency, even having outmatched veteran fighters such as Blue in combat.)