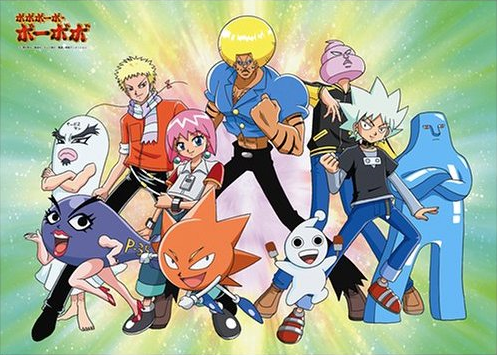 Bobobo-bo Bo-bobo is a comedy action/adventure manga that takes place in a post-apocalyptic setting on earth. The year is 3001.5, and the Maruhage Empire ruled by Tsuru Tsurulina IV is forcing everyone to become bald. The Rebels, being Bo-bobo and his friends are going against the Hair Hunters in an effort to take them down permanently.

Shinsetsu Bobobo-bo Bo-bobo takes place a year after part 1, after the Maruhage Empire and Reverse Maruhage Empire have been defeated, and now the world is ruled by the Neo Maruhage Empire, led by Tsuru Tsurulina III. The Rebels are back after some training to take them down.

Surprisingly powerful. It has a large quantity of hax, including Plot Manipulation, Soul Manipulation, Sealing, etc. The Mid tiers are large star level. The god tiers of the verse are at least Low Multiversal in power.