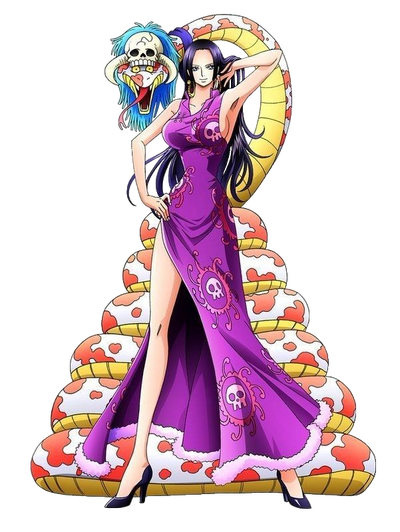 The sixth of the Seven Warlords of the Sea to be introduced. Boa Hancock is the Empress of the isolated Amazon Lily and captain of the Kuja Pirates. Renowned throughout the world for her beauty, she appears to be aloof, spoiled, cruel, and selfish, prone to looking down on others.

She uses the Love-Love Fruit (Mero Mero no Mi) which allows her to turn people who lust after her into stone.

She was kidnapped and forced into slavery as a child along with her sisters Boa Sandersonia and Boa Marigold, and spent four years under the control of the World Nobles, who among other things forced them to eat Devil Fruits and branded them like cattle.

When Hancock was sixteen, a man named Fisher Tiger appeared and while his goal was simply the liberation of the fishman slaves, he freed as many as he could without discrimination. The sisters were later taken in by Elder Nyon, Raleigh and Shakuyaku, and returned to the Kuja pirates. To not let the truth become known, they said that they had killed a Gorgon and thus were punished with their brands, gaining fame as the Gorgon Sisters. In the decades that followed, Hancock became a powerful figure that commanded respect and loyalty with her strength and beauty.

However, this facade began to fall apart after meeting Monkey D. Luffy, one of the few men to be completely immune to her charms. Seeing his strength and determination ultimately led Hancock to fall in love with the captain of the Straw Hat Pirates, becoming an ally to them.

Powers and Abilities: Superhuman Physical Characteristics, Martial Arts, Acrobatics, Adept Haki user (Kenbunshoku, Busoshoku, and Haoshoku Haki), Social Influencing (Can incite feelings of lust or perversion in people and animals), Petrification with the Mero Mero Fruit (Can turn people to stone if they succumb to their lust or if she strikes them with her physical blows or her projectiles), Danmaku (Via Slave Arrow), Extrasensory Perception and Possibly Poison Manipulation with Salome

Attack Potency: At least Small City level, likely higher (Casually destroyed several Pacifistas and toyed with Sentomaru. Superior to pre-timeskip Smoker and is drastically superior to Sandersonia and Marigold, who were both capable of taking hits from Marineford War era Luffy. Her strength is acknowledged by the Admirals, but her limitations are undefined. She defeated numerous Marine officials and notable pirates during the war, and did not show any signs of fighting seriously), her attacks ignore durability to an extent via Petrification.

Speed: At least Massively Hypersonic+ (Comparable, if not faster, than Smoker. Blitzed many marine officers during the Marineford war, and should be considerably faster than Sentomaru)

Durability: At least Small City level, likely higher (She was seen unscathed after fighting during the Marineford war despite being present in the heart of the battlefield, where Whitebeard's Commanders and alliance clashed with the Vice Admirals)

Stamina: Very High (Has fought in the front-lines of the Marineford War. When it was over, she didn't show a single sign of injury or exhaustion)

Standard Equipment: A very large snake named Salome that she can harden with Haki, allowing her to use it as a weapon.

Intelligence: As the captain of the Kuja Pirates and a member of the Seven Warlords of the Sea, Hancock is an immensely talented and capable combatant, easily demolishing scores of Pacifistas with her decades of experience in hand-to-hand combat and the use of her Devil Fruit's abilities. She is also one of the few people in the world able to use all three forms of Haki, allowing her to easily anticipate her foes' attacks and crush them with her superior technique. As such, even the highest echelons of the World Government, including the Admirals, are wary of her power and influence. Her prowess was proven during the Whitebeard War, where she was one of the only combatants to leave the battlefield completely unscathed, despite clashing with both the Whitebeard Pirates and the Marines during the conflict. However, her confidence in her beauty and strength has also made her rather arrogant, often looking down upon others with reckless abandon. In addition, her love for Luffy drives many of her actions, which nearly led her to leap into the fray against the Admirals despite the political upset it would cause.

Weaknesses: She cannot swim and becomes immobilized if more than half of her body is covered in water, she is extremely arrogant, Her Devil Fruit's passive ability does not work on someone who isn't attracted to her (Example: Luffy), or is feeling an emotion far superior at the time they would feel lust for her (Momonga was able to not be affected during the time she used her powers due to feeling the pain of him stabbing himself more than his lust for her)

Mero Mero no Mi (Love Love Fruit): A Paramecia-type Devil Fruit that Hancock was forcibly fed as a young woman, it grants her the ability to incite lust and perversion in others as well as the ability to turn her foes to stone should they fall for her charms. Anyone who experiences any sort of "dirty thoughts" towards her will be susceptible to this Devil Fruit's powers, as the Fruit itself amplifies those feelings in order to affects the targets. During this time, Hancock's petrified victims will have their consciousness frozen, as if time had stopped around them, preventing them from making any sort of action unless Hancock willingly releases them from this state. However, sufficient concentration, being blind or blindfolded (and thus unable to experience Hancock's beauty), or simply lacking any sort of affection for Hancock can nullify these effects. On the other hand, she can also petrify her foes with her physical attacks as well as her techniques, regardless of whether or not the target feels lust for her, even working on inanimate objects or machines like Pacifistas. But this use of her powers will only affect the area struck rather than the entirety of the target's body.

Note: Not to be confused with the Will Smith character of the same name. 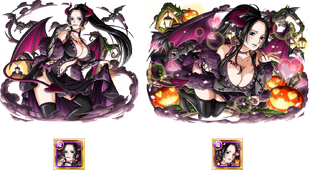 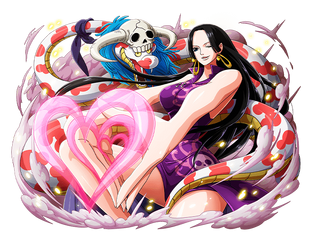