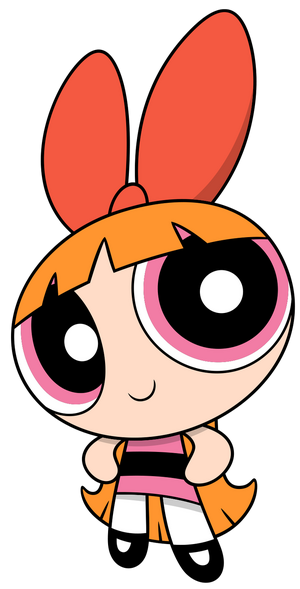 Classification: Chemical X Experiment of sugar, spice, and everything nice, Leader of The Powerpuff Girls & Superheroine

Speed: At least Hypersonic (Can fly and react much faster than the eye can see, Kicked a ball so hard that it caught fire)

Durability: Large Building level (Survived being pummeled into the ground by a skyscraper-sized monster without any lasting damage)

Stamina: Very High, can fight even after taking quite a beating, flew all the way to Monster Island without any signs of tiredness.

Intelligence: Quite high for her age as she's the smartest kid in her school and has already been accepted into a top university. Like her original counterpart, she is also very analytical, coming up with most of their plans while being protective and caring for the well being of her sisters and others. She also has exceptional intelligence and knowledge in many scientific fields.

Weaknesses: Not very experienced, is somewhat of a germaphobe, is also shown to be more sensitive, tends to be OCD (Obsessive-Compulsive Disorder) sometimes.

Note: For her original incarnation in the 1998 series, see here.

Start a Discussion Discussions about Blossom (2016)