VS Battles Wiki
Register
Don't have an account?
Sign In
Advertisement
in: Characters, Female Characters, Winx Club,
and 33 more 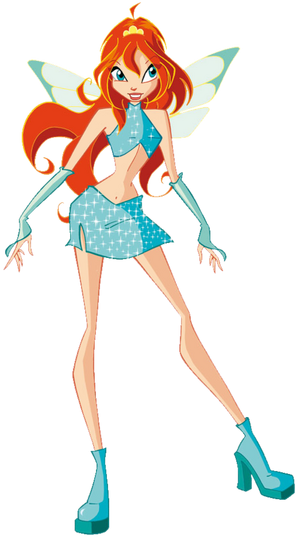 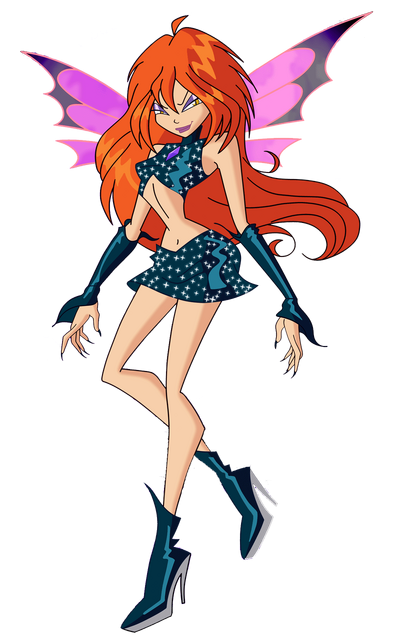 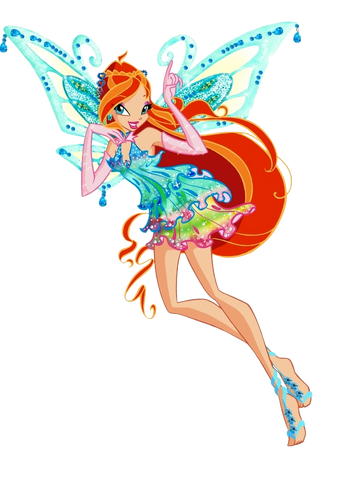 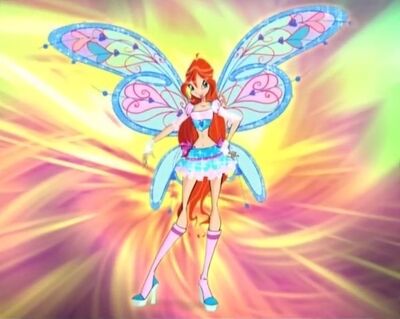 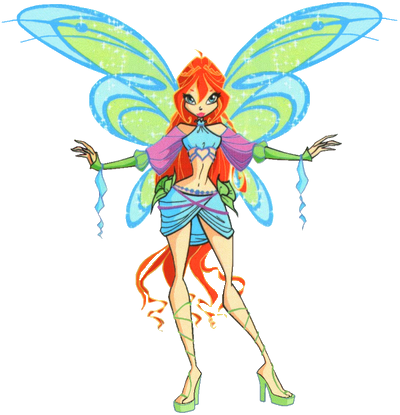 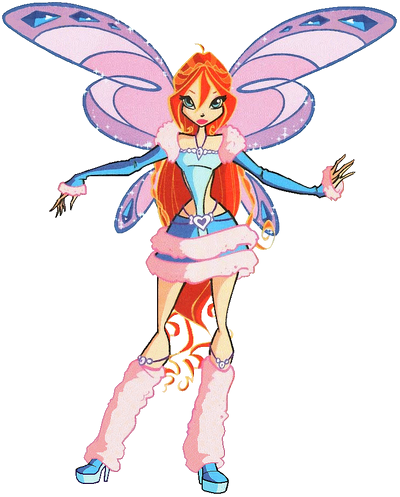 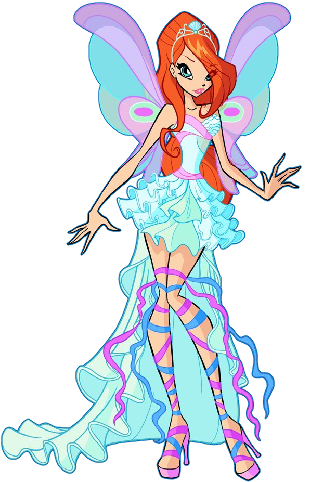 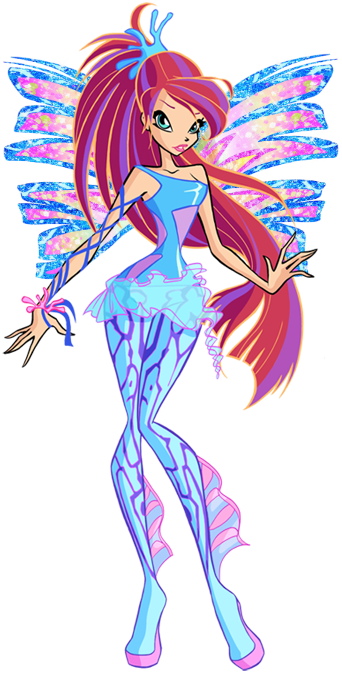 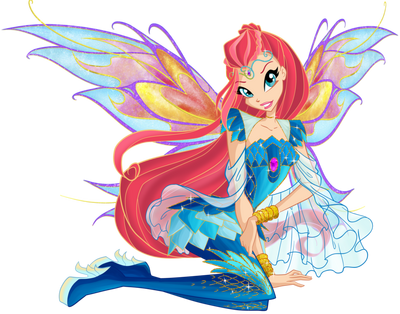 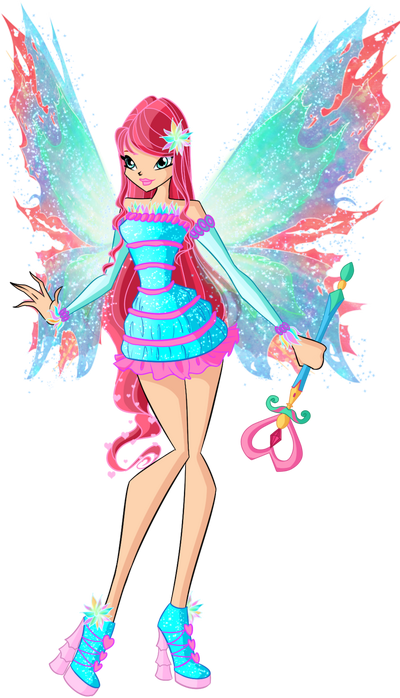 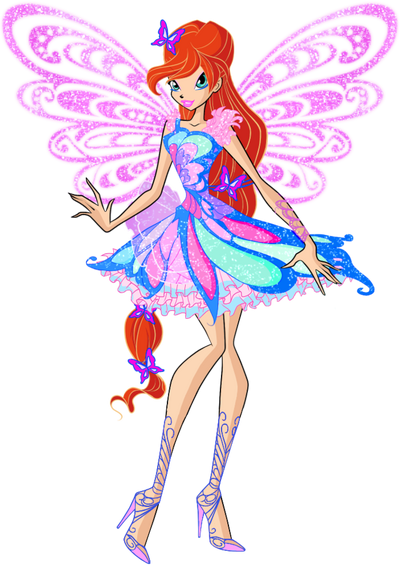 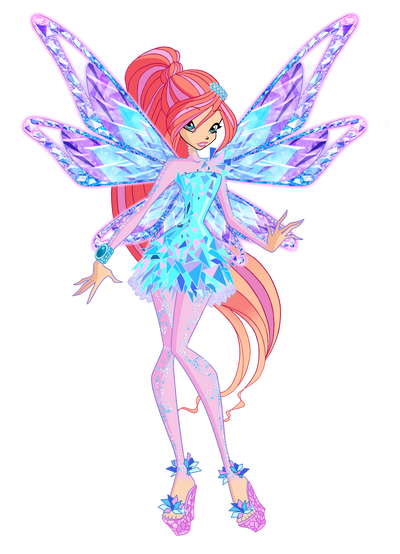 Bloom is the main protagonist of the cartoon series, Winx Club. She is the daughter of King and Queen Oritel and Marion, the adoptive daughter of Mike and Vanessa, the younger sister of Daphne and is the princess of her home planet, Domino. She is also the founder of what she and her friends call, the Winx Club.

When she was little, her home world of Domino was attacked by the three Ancestral Witches, Valtor and Mandragora, forcing her sister to take her to safety at Gardenia, on Earth. Bloom has then lived a normal life with no recall of what her life before Earth was. One day, when discovering she was a fairy with magic, she left her home and traveled into the Magic Dimension, where she would attend the Alfea Collage for Fairies to learn more about her past and eventually become, along with her friends, the guardian protector of the Magic Universe, including the powerful Dragon Flame she holds within her.

Classification: Resident of Earth, Fairy, Guardian of the Magic Universe, Keeper of the Dragon Flame

Powers and Abilities: Superhuman Physical Characteristics, Magic, Fire Manipulation, Ice Manipulation, Telekinesis, Flight, Healing, Darkness Manipulation (As Dark Bloom), Teleportation, Statistics Amplification, Shapeshifting, Life Creation, Portal Creation, Transformation, Size Manipulation, Reality Warping, Possibly Higher-Dimensional Manipulation (Created Arcadia who can manipulate the Golden Kingdom, a dimension that exists outside of space-time and is beyond the magic dimension), Sealing, Life and Death Manipulation, Empathic Manipulation (Can use her Believix powers to affect the inner wills, emotions and feelings of others, making them believe in fairies at least temporarily) Atomic Manipulation and Destruction and Resistance to it (Can use her magic to reduce targets down to magic particles), Power Nullification (Can reverse and nullify spells, especially when using Enchantix Fairy Dust), Can create magic barriers that stop attacks and send them back at the opponent, Creation, (Can use her magic to casually create from nothing; the dragon flame created the magic dimension from nothingness), Data Manipulation (At least low, Bloom can manipulate magical data that's created from Techna, Fairy of Technology), Shapeshifting (Can use her magic to transform themselves and others into things), Transmutation (Can use her magic to convert targets down to nothing, Has the ability to be one with Nature itself via Sophix, Water Manipulation, Can see Spirits, Energy Manipulation, Energy Absorption, Energy Sensing, Resistance to Power Nullification (Was able to keep her magic despite Acheron removing all magic from the entire Magic Dimension), Resistant to attacks that target and harm souls, Transmutation, Barrier Creation, BFR, Time Manipulation, Likely Resistance to Reality Warping (Was the only one in the Winx with powers that the Legendarium's power could not take away), Can use Fairy Dust via Enchantix, Can give powers to others, Can dispel illusions, Can see past events, Can travel between Universes, Can breathe underwater, Wish Granting via Sirenix Box and Guardian of Sirenix, Can purify darkness completely using Fairy Dust, Can undo seals, Can become stronger when people believe in fairies

Stamina: High | Likely Limitless (Is the Dragon Flames Keeper which is the source of the Magic Universe. With it gone, it's likely that the verse would be gone as well. Can access the Great Dragon's power)

Range: At least Interstellar, likely Universal+ with the power of the Dragon Flame and teleportation

Intelligence: As the group leader of Winx Club, Bloom has at least good minimal knowledge about the situations she and her friends get into. She can also think quickly on the spot in order for her and friends to gain the upper hand in fights against their biggest enemies.

Weaknesses: Her emotional state affects her use of magic. Also, when her Dragon Flame gets depleted she can become very vulnerable and even pass out from fatigue (This problem was solved after she absorbed the power of the Vortex of Flames and regained control over her powers)

Note: Her transformations don't affect the Dragon Flame, but only help her gain more control over it.