VS Battles Wiki
Register
Don't have an account?
Sign In
Advertisement
in: Fairy Tail, Characters, Antagonists,
and 26 more 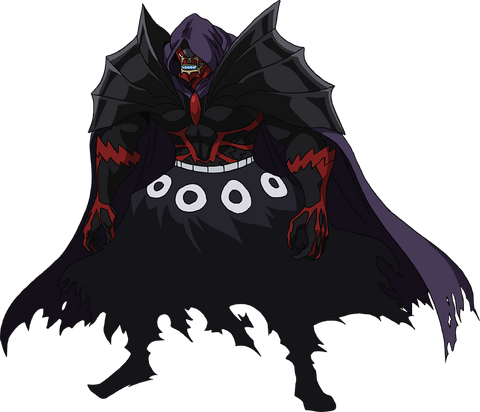 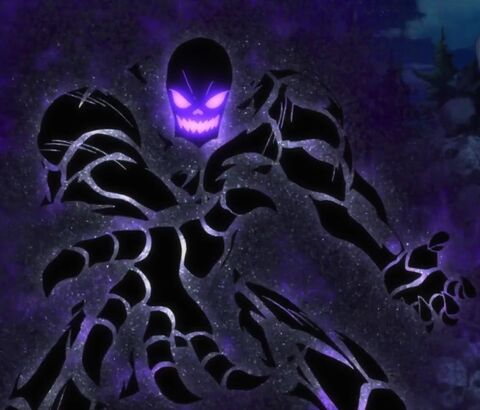 Bloodman was an Etherious and a member of Emperor Spriggan's elite personal guard: the Spriggan 12. Feared as the "Grim Reaper" by his foes, he efficiently wields the Curses of the Nine Demon Gates and their king.

Powers and Abilities: Superhuman Physical Characteristics, Extrasensory Perception, Immortality (Type 1), Curse Manipulation (All Demons use curses as a source of their power and energy), Empowerment (His emotions directly translate into curse power and his strength grows more powerful as said emotions get stronger), Absorption (Can consume ice to replenish his magic reserves. All Mages passively absorb Ethernano from the atmosphere to regenerate their Magic Power. All Demons should be able to passively absorb Barrier Particles from the atmosphere to regenerate their Curse Power), Intangibility, Shapeshifting, Power Nullification, BFR (Upon his death, Bloodman forcefully takes his murderer to the underworld alongside himself), Transmutation (Upon his death, Bloodman will attempt to transform his murderer into Anti Magic Particles), Breath Attack, Poison Manipulation, Soul Manipulation, Explosion Manipulation, Water Manipulation, Body Control, Ice Manipulation, Devil Slayer Magic (His Magic is especially effective against demons and those with demon-like properties, bypassing their defenses), Plant Manipulation, Statistics Amplification, Pain Manipulation, Weather Manipulation, Mind Control, Necromancy, Possible Paralysis Inducement, Existence Erasure and Conceptual Manipulation (Type 2. Via Memento Mori), Resistance to Petrification, Ice Manipulation, and Fire Manipulation (Devil Slayer Ice was unable to be melted or effected by X791 Base Natsu's Fire[1])

Attack Potency: Island level (Stronger than X792 Makarov. Comparable to Brandish), higher with Third Seal (Far stronger than his Base Form). Ignores conventional durability with some of his Curses

Speed: Relativistic (Comparable to Jacob and Ajeel), higher with Third Seal (Far faster than his Base Form)

Lifting Strength: At least Class G (Comparable to Jacob and Ajeel), higher with Third Seal (Far stronger than his Base Form)

Striking Strength: Island Class (Stronger than X792 Makarov. Comparable to Jacob and Ajeel), higher with Third Seal (Far stronger than his Base Form)

Stamina: Very high (Can fight for long periods of time without rest. He can also eat ice and other magics to restore his magic power and stamina)

Intelligence: Above average (A skilled fighter)

First Seal: Bloodman's body is completely made up of Magical Barrier Particles, allowing him to deform, shape and move his body however he desires, and makes him near completely immune to all forms of both physical and magical damage. However, it should be noted that, very similarly to Shadow Drive, if Bloodman himself physically attacks a target, he must remain tangible, therefore leaving him susceptible to physical counterattack. Upon the seal's release, just being near Bloodman incites death, as the copious amount of poisonous particles overwhelms and kills those who inhale them within mere moments, save for those with special lungs.

Second Seal: After releasing the First Seal, Bloodman becomes able to release the second, which summons a sea of skulls that steals the lives of those either caught in it, or those near it. The Second Seal can be dispelled with holy-element Magic.

Third Seal: A seal that can be willingly released upon completely changing his body's shape into an Etherious Form like state and shrouding himself in poisonous Magical Barrier Particles, Bloodman describes it as the seal that brings the very Grim Reaper's judgment upon his foes' lives. Its release takes the form of a shining white dot being opened in the center of Bloodman's forehead.

Tartaros Curses Bloodman is said to have the power of all of the Curses from Tartaros, including those of the Nine Demon Gates, as well as Mard Geer Tartaros himself. Bloodman has not shown usage of every Curse from Tartaros, but he is still capable of using them if he so chooses.