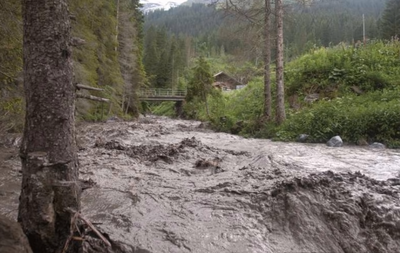 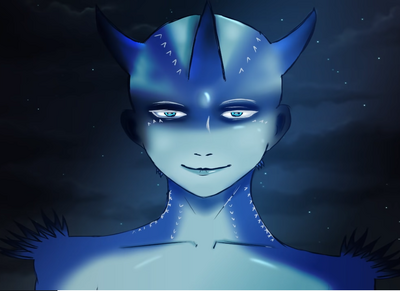 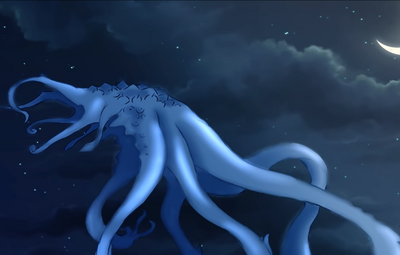 Created through the combination of several supernatural viruses, cancerous flesh, plants and then complex organisms by the White Death to create the perfect form of life and to combat lovecraftian monstrosities, enemies from the future, and the being devouring reality itself.

It was made to battle, and eventually fuse with I LOVE YOU, as on it's own it would be useless against its enemies.

All previous abilities but far superior plus Adaptation, Regeneration (Low-High), Large Size (Varies, could theoretically go up to type 5), Fusionism, Body Control, Transformation, Biological Manipulation, Telepathy with other parts and duplicates of itself, Body Puppetry over all forms of tumors, Absorption, Resistance to Gamma Radiations, Immunity to Mind Manipulation (lacks one)

All previous abilities to a vastly heightened extent plus Self-Sustenance (All types), limited Teleportation, Data Manipulation (Can contact her brain to the internet to give input directly instead of needing a keyboard, a mouse, etc.), Radiation Blast, Non-Physical Interaction (Can attack, hurt and even absorb "them", beings that are intangible and invisible), Resistance to Mind Manipulation (Each of the cells that make her up is a fully sentient being, and each would need to be controlled to affect all of it) and Madness Manipulation type 3

Attack Potency: Below Average Human level (Is a virus, albeit a large one), Varies with a host (Can infect, control and strengthen the body of any multicellular being. Pushes the human body so far that they can crush human skulls with their bare hands) | Varies, normally at least Wall level (Stronger than human hosts it's virus form had, and can mimic any living organism it can in contact with), possibly far higher (A large specimen was confused for a citywide mud flood) | Unknown, at least Large Building level (Can become a large villa at will) | Unknown, up to at least Planet level (Could become a living, biological planet by absorbing the earth if given time)

Intelligence: Is a non-sentient virus | Acts on instinct and lacks a real sentience, is only centered on reproducing, but is capable of predicting people's reactions to forms it takes, has absorbed the knowledge of several humans, and can predict the effects of changes to its DNA | Genius, has the knowledge of majority of humanity, and can calculate the effects of any changes to its DNA through a mathematical formula.

Weaknesses: None Notable | Fire can deconstruct its body, but not kill its cells. Too focused on reproduction, meaning that it doesn't have proper control over the individual cells it has | None notable | Has multiple personalities that constantly disagree with the actions to take in case of crisis.

Effects on hosts: It has many effects on it's host, some of which could be considered positive. At first it's dormant, until it spread, after which the following effects all happen almost instantly.

Body Control: The blob is a giant mass of (normally) gelatinous cancerous flesh, and it's state allows it multiple ways to control its (and others') body.

Spread: It has an immense amount of ways to spread through the world.

Means of Combat: At difference of its previous forms, it can attack beyond infecting and assimilating others into itself.