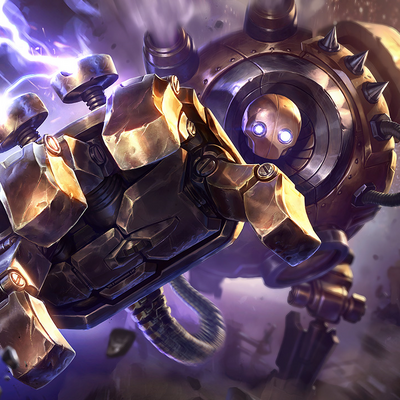 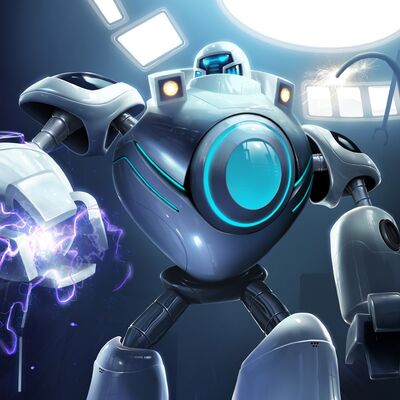 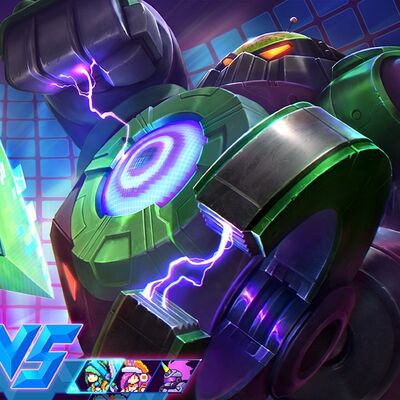 Blitzcrank is an enormous, near-indestructible steam golem originally built to dispose of hazardous waste in Zaun. Evolved beyond his primary purpose, Blitzcrank selflessly uses his strength and durability to protect others. Able to see past false veneers and artifice to the truth of an intention, Blitzcrank moves to help those in need.

Built as household assistance automata, thousands of iBlitzcranks were corrupted by Program during a routine software update. With their human owners oblivious to this fact, they continue to help, waiting patiently for the time their new command lines are initiated.

A boss hailing from a popular science fiction shooter, Blitzcrank is well known in the gaming community for cheap mechanics, powerful attacks, and a massive health pool. Veigar fittingly made him the gatekeeper of his personal fortress, because Veigar hates fun.

All powers as base

Stamina: Limitless (Due to being a robot)

Intelligence: High (A sentient robot with a learning capacity, his knowledge is always expanding and adapting)

Weaknesses: Overdrive slows him temporarily after use