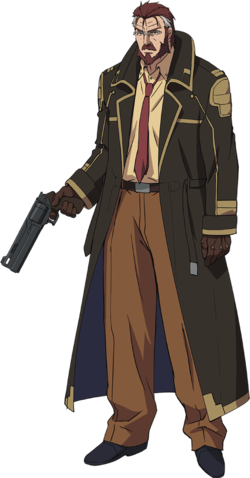 Blitz Talker is one of the creations brought to the real world by Altair, he is a secondary character from a cyberpunk hard-boiled genre manga and anime, Code Babylon.

Speed: Hypersonic (Scaling from Post Timeskip version of other creations)

Retrieved from "https://vsbattles.fandom.com/wiki/Blitz_Talker?oldid=4333589"
Community content is available under CC-BY-SA unless otherwise noted.