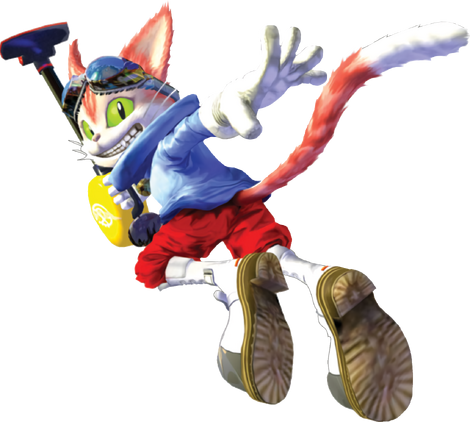 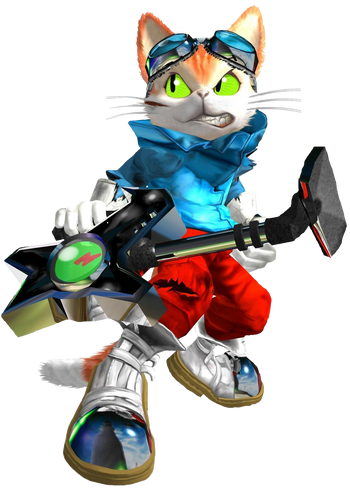 Blinx is a young time sweeper and the main protagonist of Blinx the Time Sweeper. As a Time Sweeper, he works at the Time Factory as a defender of time. He and his fellow workers all work to protect the flow of time and stop Time Monsters from wreaking havoc. In his debut game, he is seen trying to stop the Tom Tom Gang from kidnapping the princess of World B1Q64, Lena.

Attack Potency: At least Large Building level (Fought and harmed Juggernaut, who can roll fast enough to generate this much energy)

Speed: Athletic Human travel speed with Supersonic combat and reactions (Superior to fellow Time Sweepers, who can react to bazooka fire and barrages of machine gun fire). Supersonic+ with Slow

Standard Equipment: A variety of sweepers (Most notably his TS-X7 Supreme Lv.3+), a large amount of Time Crystals, a hefty supply of trash

Weaknesses: His time travel powers do require a specific set of Time Crystals depending on the power.